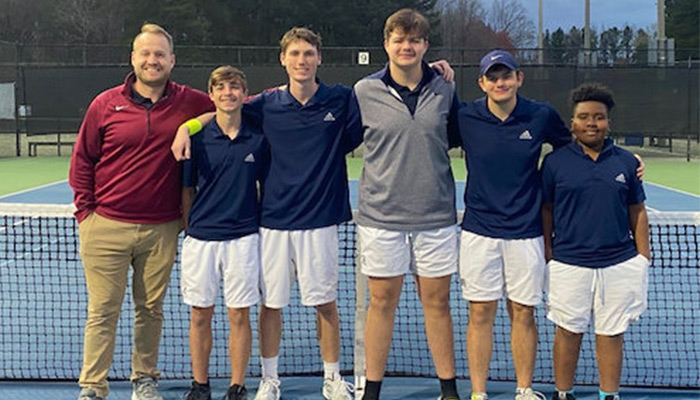 STAFF REPORT
The Woodland tennis teams played out 3-2 decisions in the first round of the Panther Invitational Friday at Southwest DeKalb.

While the boys pulled out the narrow win, the girls dropped a similarly tight match.

Without a Line 3 singles player, the Woodland boys were at a disadvantage against the tournament hosts. But Ian VanOrder (6-2, 6-1) and Mason Tucker (6-3, 6-2) were victorious on lines 1 and 2, respectively.

The teams split the doubles matches, with a 6-2, 7-5 victory by Cayden Wade and Domenic Ciavarro earning the Wildcats the opening-round win.

On the girls side, Woodland dropped all three singles lines to Westlake. However, the Wildcats did manage to take both doubles matches.