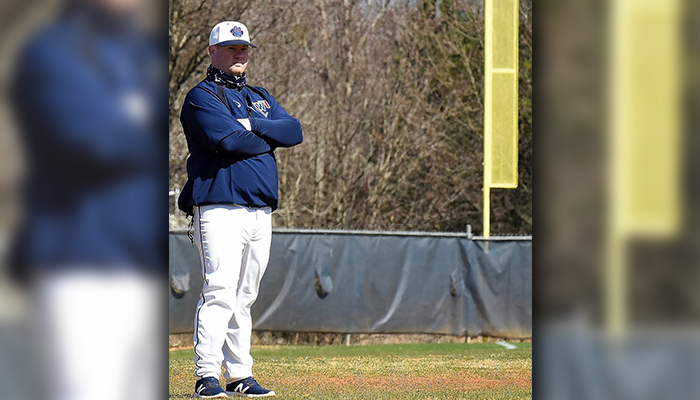 BY NICHOLAS SULLIVAN
Woodland baseball coach Matt Montgomery has viewed the Wildcats softball team from afar the past few years. Given that the two programs have fields next to each other and even share some facilities, it’s a pretty good vantage point to watch a team that has become a perennial state playoff qualifier.

Moving forward, Montgomery will get an even better look at what makes Woodland’s softball players so successful after being named the program’s next head coach, taking over for the retiring Colman Roberts.

“I’ve been over at the baseball field, watching them practice,” said Montgomery, who is in his second season as Wildcats head baseball coach. “They are always running from place to place. Everything is focused, and they are in it. That’s the reason why they are successful during the game, because they do it during practice.”

Roberts announced he would be retiring following a season-ending loss to eventual state champion Jones County in the Class 5A quarterfinals last fall. In 18 seasons, Roberts posted a 390-254 record. His teams made it to state 13 times, reached the Sweet 16 five times and advanced to the Elite Eight twice.

“The character and class that coach Roberts and those girls have built over there is something to admire,” Montgomery said. “It’s an honor, really, to be asked to take that over.

Woodland athletic director John Howard said there was plenty of interest in the head-coaching vacancy. However, Montgomery proved himself to be the right person to build upon the program’s strong foundation.

“While those other candidates were strong, every day we get to see who coach Montgomery is,” Howard said. “We get to see him take care of his responsibilities for the school. We get to see him in the classroom. He is a tremendous teacher. Taking over the baseball program midseason, we watched him do that. We watched him navigate COVID. …

“It was clear that he was the best choice for the job.”

While Howard is thrilled to see Montgomery’s sphere of influence grow, as he will continue to lead the baseball program, it will be tough for him to see Roberts leave. In fact, this school year will mark the end of the road for a few prominent coaches at Woodland.

In addition to Roberts, who also coaches golf and previously led the boys and girls basketball programs for several seasons, the Wildcats will be bidding farewell to cheerleading coach Kathi Shedd and tennis coach Beth Heath.

Shedd has taught at Woodland since the school opened in 1997 and helped guide the Wildcats to five state titles on the mat. Heath has been such a mainstay in the Woodland tennis program that Howard quipped, “I doubt she’s completely done.”

“The success that they’ve had is incredible,” Howard said, speaking about the trio of longtime coaches. “I would think that the biggest impact they’ve made isn’t the games they’ve won but the impact they’ve made on young people. It is so evident to me, getting to see how many of their former student-athletes come back and love being around the program.”

Howard wasn’t shy about admitting he wants Montgomery to follow in their footsteps, becoming a pillar of Wildcats athletics for the foreseeable future.

“That’s our hope,” Howard said. “You don’t often come across somebody like coach Montgomery — who has every tool to be successful in the classroom, in the community and on the field — so we’re definitely hoping it’s a long-term situation.

“I know he’s got young kids coming up through the programs. Hopefully, he’s here long enough to see them come through and many more after that.”

For what it’s worth, Montgomery appears to want to stay at Woodland for the long haul.

His belief in the foundation laid by coach Roberts made him comfortable in becoming a head softball coach for the first time. His belief in his own coaching abilities made him feel as though he could lead both programs effectively. But most importantly, his belief in the softball players who come through the program fueled his passion to try something new.

“It will be a learning opportunity for sure,” Montgomery said. “We’ve got a great staff. I’m sure a lot of those guys will be back. Coach Roberts has been great. … I’m sure he’ll be around, and coach [Matt] Bowen will still be around a little bit.

“It will be a fun challenge. I’m excited about the type of kids we have and being able to take that over. It’s a new adventure.”