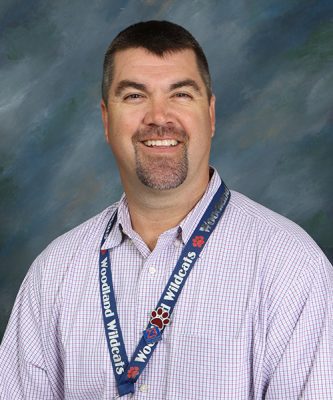 John Howard is a native of LaFayette Georgia and a graduate of LaFayette High School.  He received his undergraduate degree in education from Jacksonville State University where he was a four-year letterman in football. In addition, he holds a master’s degree in administration from Jacksonville State University and a Specialist Degree from Lincoln Memorial.  He has worked in public education for 17 years.

John Howard begin his teaching career at Dade County High School where he coached football and baseball for 1 year.  He then moved to Woodland High School where he served in various teaching and coaching roles including serving as Head Boys Basketball Coach, and Head Girls Golf Coach. John has served as the Woodland Athletic Director for the past 6 years.  For the last two years he has also served as an Assistant Principal.