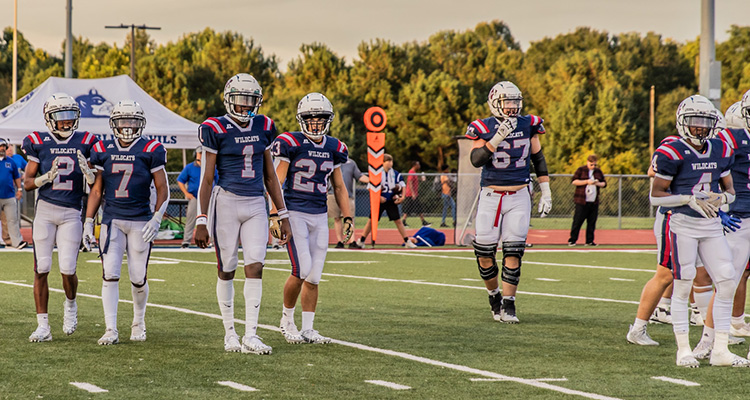 BY SCOTT POWER
There’s a difference between knowing your assignments in practice and executing the gameplan on Friday night.

Unfortunately for Woodland, the Wildcats found that out in a 38-13 loss at East Paulding last Friday.

“On the offensive side, we need to improve cohesion,” Haywood said. “Practice, its great, and then on Friday not knowing who we are supposed to block. We can not have multiple busts on multiple plays.”

So Haywood slowed things down in practice a little to make sure everyone has a firm understanding of how the offense and defense works. He said communication is the key.

“The offense and defense we need to talk more,” Haywood said. “We need to explain more. We need to make sure they see the big picture. The kids need to see the picture of what is the total outcome. They know their individual roles, but they need to understand the big picture.”

Haywood said effort was not the problem on Friday.

“Our team didn’t quit,” Haywood said. “We scored two (touchdowns) in the end, we continued to rally in the ball. The effort was there. But the execution in offense or defense was not there, or special teams. Effort was decent, the execution was lacking.”

The Wildcats will have the opportunity to show if they have improved against a team that is similar to them in offensive philosophy. Like Woodland, Coosa runs the wing-t, though the Eagles run from under center.

“They are similar, they just go under center so things tend to hit a little faster,” Haywood said. “But basically they do a lot of thing this we like to do. They like to ground and pound, pick up three or four yards per carry and control the clock.”

The Eagles are coached by Joey Mathis, who is in his fourth year at Coosa. They went 1-9 last year, averaging 6.7 points per game and giving up 35 points a game. But they were competitive in their first game in a 14-7 loss to Southeast Whitfield County in week one of the season with running back Josh Dixon scoring for the Eagles.

“I think they are a good football team,” Haywood said. “They are well coached. They have got guys doing the right things and they are really successful in what they do – keeping the ball away for other offense and on defense they fly around I don’t think they can be coached by a better group. They do things the right way. They are only going to improve. I see a team that is getting better. I see a team that is putting in the work.”

Haywood said his team is healthy going into week two. While they have a few nicks and bruises, they didn’t lose anybody, he said.

Now it’s the matter of going out and executing better than they did in week one.
“We got hit in the mouth Friday and we will see how we respond,” Haywood said.