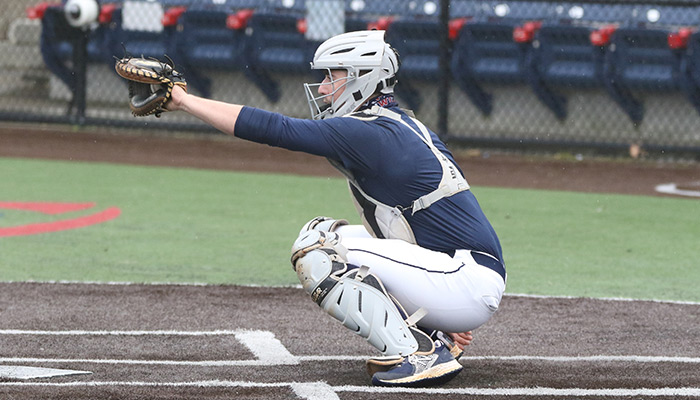 Posey hit a two-run triple in Game 1, while also earning the win on the mound. The right-hander allowed just two hits and walked none in a 6-1 victory.

In the nightcap, Posey went 4-for-4 with two runs scored and three RBIs. Two of his hits were triples, as the Wildcats completed a sweep of the twin bill and the series in an 18-3, five-inning rout.

While he certainly had an incredible all-around day, Posey was far from the only Woodland player to shine in Friday’s Region 7-AAAAA double dip.

After a four-run outburst in the second inning of Game 1, Carson drove in the final two runs for the Wildcats, with a sacrifice fly in the third and RBI single in the fifth.

In Game 2, Jacob Gravett, Trevor Collum and J.T. Hampton reached safely three times, while Montgomery recorded another pair of hits. Smith and Porter both reached twice in the run-rule win.

Woodland (8-14, 4-8) actually found itself behind by a 2-1 score after one inning, but the Wildcats dominated from there. The visitors put up three runs in the second inning, four in the third, seven in the fourth and three in the fifth.

Ayden Ray tossed the opening three innings of the win, giving up three runs (one earned) on one hit and three walks. The freshman struck out six.

Next up for Woodland is a trio of games in the new-look Battle for Bartow at the LakePoint Sports campus. The Wildcats will play Thursday versus Valdosta, as well as Friday against Cedartown and Fellowship Christian.