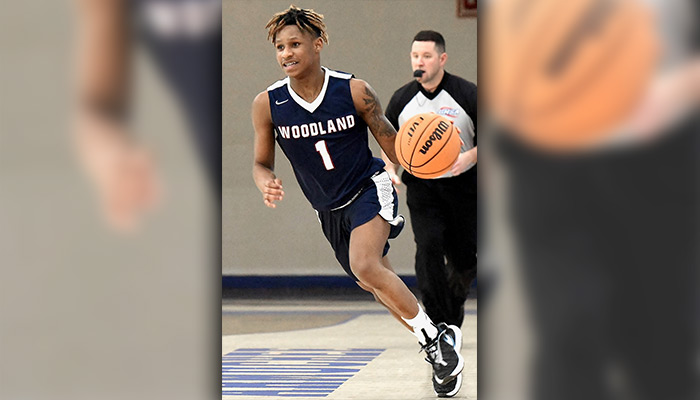 STAFF REPORT
It was an unusual high school boys basketball season in Bartow County, befitting (and possibly influenced by) the global pandemic that has caused so much upheaval over the past 12 months.

Cass, Cartersville and Woodland were all together in Region 7-AAAAA, and the trio of local teams put together markedly different seasons.

The Colonels (19-8) spent a good chunk of the season in the top-10 rankings and won the region regular-season title, but two losses in their last three games ended the year on a sour note.

Meanwhile, the Canes (8-12) suffered a series of close losses, including several in region action, to finish outside the state playoffs for the second straight season.

In Jacob Selman’s second year, the Wildcats (3-22) improved their win total by one but struggled to hang with the rest of the teams in an extremely tough region.

Similarly to Cartersville, Adairsville found itself on the wrong end of several close games this year. A late-season swoon saw the Tigers fall in the Region 6-AAA play-in game.

As for Excel Christian, the Eagles (9-15) somewhat predictably went through some ups and downs, while playing under a new head coach in David Archer Jr.

The 2020-21 season featured plenty of heartbreak for Adairsville, but Printup did everything possible on a nightly basis to give the Tigers a chance to compete with every team they played. (Quite literally, as Adairsville played every opponent which beat it to within five points at least once.) Playing on a senior-laden team last year, Printup still managed to stand out as a sophomore, earning a spot on the 2019-20 all-county team. As the unquestioned top option this season, the lanky junior — with the length of a post and athleticism of a wing — put together a remarkable campaign. Printup earned first-team all-region recognition after leading Adairsville with 27.5 points, 8.9 rebounds, 2.9 steals and 1.2 blocks per game. He also finished second on the Tigers with 2.4 assists a night. What kind of numbers will Printup produce for a senior encore? Suffice it to say, if he avoids unnecessary fouls (personal and technical), there is no limit.

Braxton Benham, Cass senior — As a ball-dominant point guard and supremely talented defender, Benham proved to be the metronome for the Colonels this season. When he was on top of his game, Cass could hang with virtually any team. If he was in foul trouble or having an off night, Cass sometimes struggled to compensate. Considering the Colonels won a holiday tournament at Campbell and claimed the Region 7-AAAAA regular-season championship, the first-team all-region pick clearly had way more good nights than bad in averaging 13 points, five rebounds, five assists and four steals per game.

Kolbe Benham, Cartersville senior — After suffering a shoulder injury in the football state championship game at the end of December, Benham took a long time to get back to his pre-injury self, and he probably never quite reached 100% healthy. It makes his contributions during the season even more impressive. As one might expect in working his way back from the shoulder ailment, which was severe enough to knock him out of the title game, Benham went through some peaks and valleys. Through it all, Benham managed to average 10.8 points per game and earn all-region honorable-mention status.

Kam Callahan, Cartersville junior — Following up a sophomore season that saw him earn honorable-mention status on the 2019-20 all-county team, Callahan started off hot this season. He earned MVP honors in leading the Canes to the championship in the holiday tournament at Adairsville. There were some low points during region play, including a few games where Callahan came off the bench. But he seemed to right the ship, finishing the year with an average of 13.4 points and 3.3 assists per game to earn second-team all-region honors. The lefty will be a key cog for Cartersville again next season.

Zaylan Chaney, Cass junior — Chaney actually averaged more points (increased from 14.7 to 16.3) and rebounds (increased from 6.8 to 7.1) per game this season than last year, when he earned DTN player of the year honors. The gifted post vacating his title has way more to do with the success of Printup than it does any deficiencies in Chaney’s game. If anything, the honorable-mention all-state selection by Sandy’s Spiel fell victim to having two other all-county players helping him out on a nightly basis. With Benham and C.J. Pipkin graduating, Chaney should be the offensive focal point for Cass next season.

Rashard Doyal, Excel Christian senior — Doyal returns to the all-county team for the second straight season. While his points per game dipped slightly from 16 his junior season to 12.4 this year, Doyal (and Excel, as a whole) benefitted from having Elijah Payne and Kalil Holley step up to shoulder more of the offensive load — following the graduation of Rayshawn Womack, who landed on the all-county team his final two seasons at Excel. In addition to his offensive contributions, Doyal chipped in with an average of four rebounds and two steals a night to earn a second-team spot on the all-Region 7-A Private squad.

Robert Novak, Cartersville senior — Let’s be honest, Novak hit the shot of the season. His 3-pointer in the final seconds to knock off rival Cass in The Storm Center will be talked about for years to come. That being said, Novak didn’t get an all-county nod for one shot. (Although, it certainly didn’t hurt.) It’s also not why he garnered second-team all-region selection or landed on the all-tournament team in the AHS Christmas Clash. A sharp-shooting stretch four (and even stretch five), Novak earned those by putting together an impressive senior season, during which he averaged 12 points and six rebounds per game.

Elijah Payne, Excel Christian freshman — The only freshman tabbed for inclusion on this list, Payne came closer than anyone in the county to averaging a double-double on the season, posting 14 points and nine rebounds a night. He also became a force on the defensive end, blocking two shots per game. For his efforts, Payne received a second-team nod on the all-region squad. Given his current 6-foot-5 frame, the natural progression that could occur next season, and the graduation of Doyal and Kalil Holley, it’s not out of the question to think Payne could average 20 points and 10 boards as a sophomore.

C.J. Pipkin, Cass senior — While Printup definitely would have a strong case, Pipkin might have been the most improved player in the county this year. He showed flashes in previous seasons but managed to put it all together during his senior campaign. Pipkin joined the team later than Benham and Chaney after playing football this fall, which seemed to make him noticeably stronger and able to finish better inside. Thanks to his ability to get to the rim and his 40% success rate from the 3-point line, Pipkin (15 ppg) proved to be a matchup nightmare en route to being an honorable-mention all-state choice by the AJC.

K.J. Rogers, Woodland sophomore — As a freshman, Rogers earned an honorable-mention nod in this space. With DiAnthony Heathcock having graduated, Rogers entered this season poised to take over as the go-to player for the Wildcats. One of the quickest players the county has seen on the hardwood in the past few years, the star point guard did everything he could to carry the load, averaging 14 points, four rebounds and three assists per game. Based on his contributions the past two seasons, the all-region honorable-mention pick seems as likely as anybody to return to the all-county team next year.