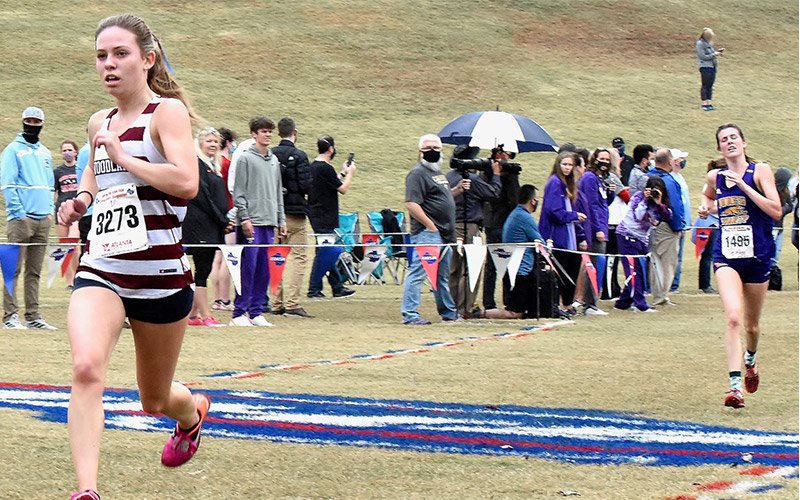 STAFF REPORT
Bartow County didn’t have a cross country team finish on the podium at the state meets this year, but the locals still put together some impressive performances Saturday at Carrollton.

Woodland junior Rylee Evans led the individuals for Bartow, finishing fourth overall in Class 5A. After placing ninth in 2019, Evans completed the course nearly 33 seconds quicker this time around, crossing the finish line with a time of 19 minutes, 27.13 seconds.

The only individuals to finish ahead of Evans were two runners from 5A champion St. Pius X, who finished 1-2, and one from second-place Blessed Trinity. There was a somewhat similar showing at the top on the boys side, as runner-up Decatur had the two fastest runners and winner St. Pius had the third-place finisher.

Speaking of the boys race, Cartersville came in sixth overall to lead all local teams. It’s the third consecutive season the Canes have finished sixth at state, although the first two instances occurred in 4A.

McKinsey Spinks finished first among the Cartersville girls, who came in 15th overall. The junior barely edged out Woodland’s Danielle Thayer to come in 49th in 22 minutes, 3.12 seconds. Sophomore Elizabeth Nelson (22:50.38) wrapped up a solid debut season with a 74th-place finish, and Trinity Atkins (22:56.56) crossed the line seconds later in 76th.