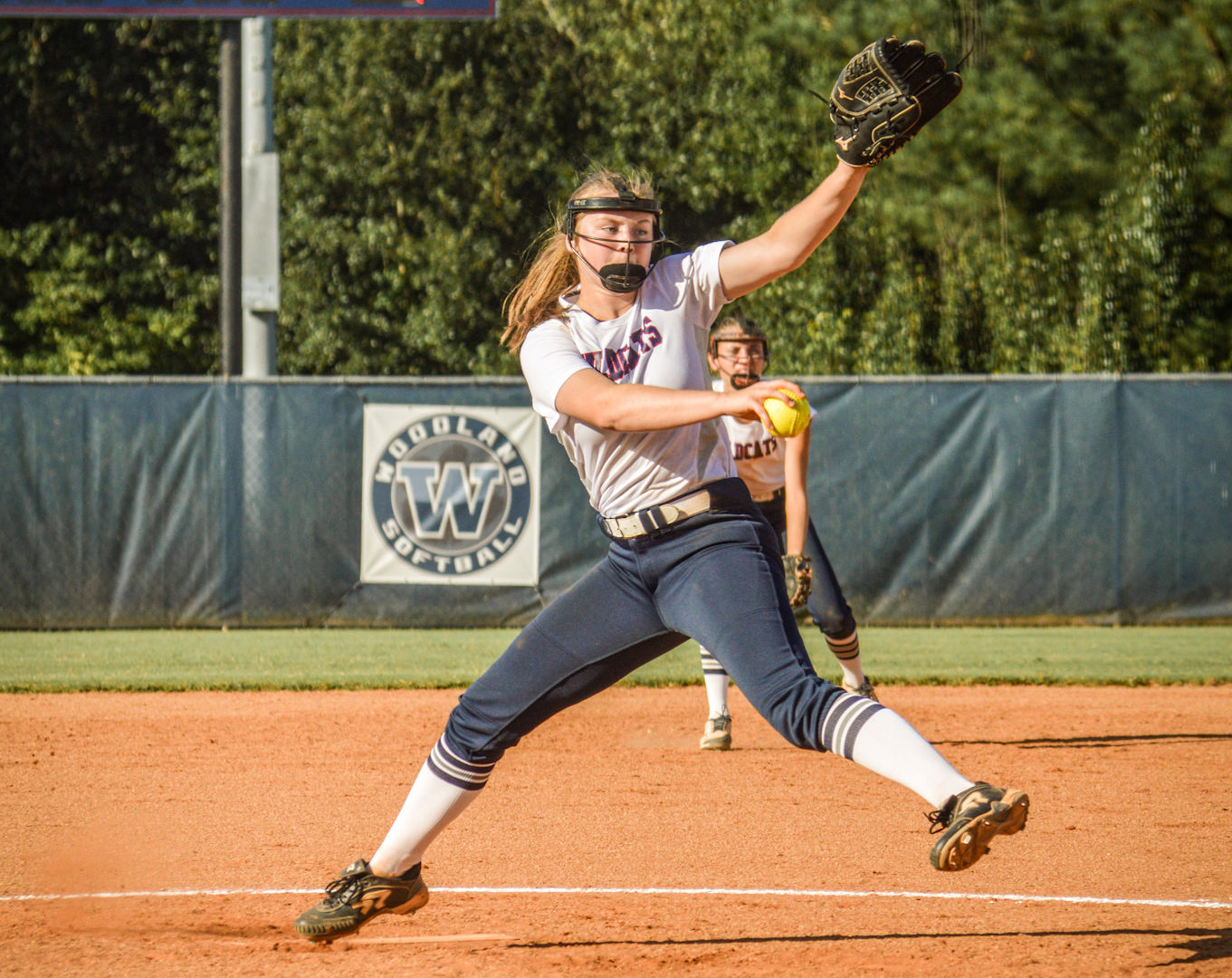 STAFF REPORT
Lainey Baker shined in the circle and chipped in at the dish to send Woodland to a win over Region 7-5A leader Blessed Trinity Tuesday at home.

Baker struck out 13, while allowing five hits and two walks, and finished 2-for-4 with an RBI at the plate in a 5-1 victory.

Following back-to-back singles by Cassie Jones and Michiah Hicks in the third inning, Baker drove in the game’s first run on a groundout. Dylynn Motes followed with a key two-run homer for the Wildcats (8-10-2, 5-5).

Cambrie Carrington scored on an error to extend the lead in the fourth inning before Hicks singled home a run for a 5-0 advantage.

Blessed Trinity (7-5, 5-2) avoided the shutout bid with a sacrifice fly in the sixth frame. But none of the Titans reached base more than once in the defeat.