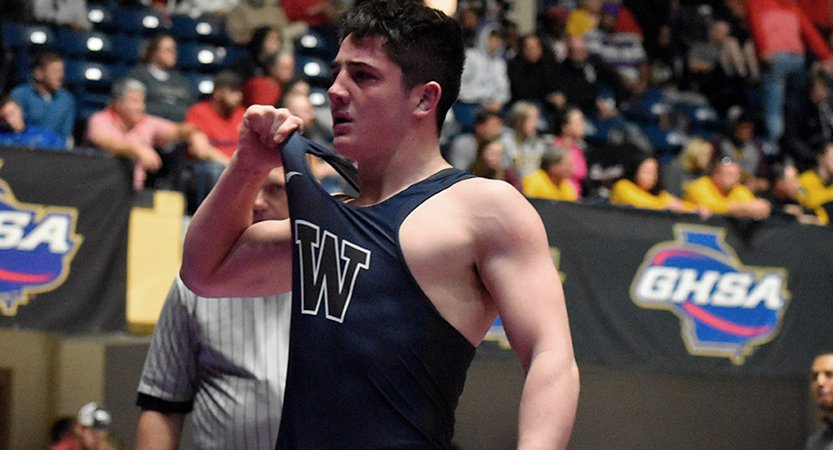 Saturday has a chance to be a historic day for wrestling in Bartow County, as 10 locals will wrestle for individual state titles in Macon.

There’s a possibility that each of the four public schools in the county produces a state champion. Perhaps even more impressively, Woodland will send six wrestlers into the finals, which begin at 2:30 p.m.

As the Wildcats look to sew up a fourth team state title between duals and traditional across the past two seasons, the program could have one of its greatest ever days. Between the Class 5A 126- and 170-weight classes, Woodland will have competitors in six of seven championship matches.

Four of those six grapplers pinned their way to the finals, as Caleb Jones (132 pounds), Caden McCrary (138), Caleb Henson (145) and Jaxon Smith (170) each cruised into the last round with the maximum possible of 24 points. Meanwhile, Cole Cochran pinned his first two 160-pound opponents before a 9-3 decision in Friday’s semifinal. At 126, Colton Bishop added a first-round pin and narrow decisions (4-3 and 6-4) in the quarterfinal and semis.

Overall, 10 of Woodland state-qualifiers will leave Middle Georgia as state-placers. Easton Bishop (120) and Bryce Shedd (220) each fell in the semis and will wrestle for third place in their respective divisions, as will Bryce Collum (152) despite his first-round loss Thursday. Beau Jernigan will also leave with a top-six finish at 285.

Among the other county schools, Adairsville’s Angel Banda and Dalton Cornett will compete for 3A titles at 113 pounds and 160, respectively; Cartersville’s Jabril Williams will battle for a 4A championship at 160; and Cass’ Bryce Kresho will take aim at a 5A crown at 120.

After receiving a first-round bye, Banda has won his quarterfinal and semifinal matches via major decision, while Cornett has a pin and two minor-decision victories. Adairsville’s James Standridge will compete for third at 132, giving the Tigers three guaranteed top-four finishes.

The Canes had three wrestlers reach the semis, but Williams was the only one able to advance to the finals.

Instead, Giles Turner (120 pounds) and Shadre Hurst (285) will cap their showings in their respective fifth-place matches after a pair of Friday defeats. Meanwhile, Tyler Earick battled his way through the consolation bracket to become a state-placer at 113. He will compete for third.

Six Colonels secured state-placer status Friday, although Kresho was the lone Cass athlete to punch a ticket to the championship round, earning a 5-1 decision in the semis.

Semifinalists Eli Doolittle and Zach McKnight dropped into the third-place match at 113 and fifth-place bout at 152, respectively. Also, Tyler McKnight (126), Reed Davis (182) and Noah Hoffmeier (220) all followed the same pattern through their first five matches — win, loss, win, win, loss — and each will compete for fifth place.