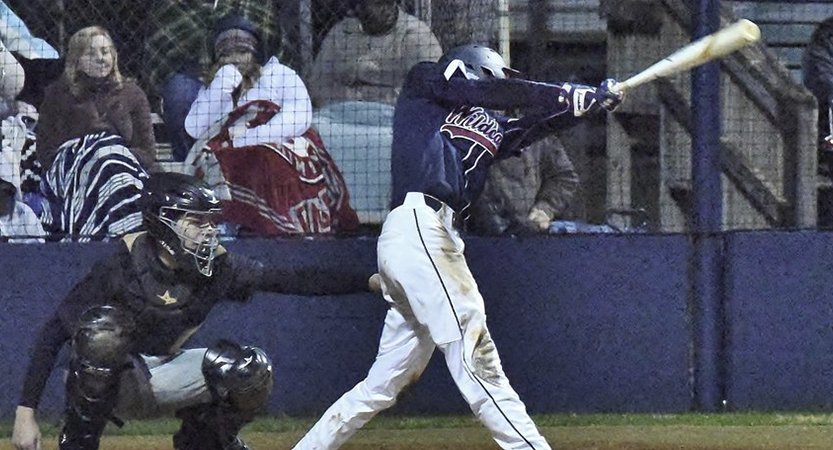 Down to its final six outs, the Woodland baseball team had yet to crack the scoreboard in its home opener against Sprayberry Friday. But the Wildcats took advantage of a truly wild inning on the mound from the visiting Yellow Jackets to pull off a 2-1 come-from-behind win.

Trailing 1-0 entering the home half of the sixth, Woodland (1-1) used four hit batsman and two walks to scratch across a pair of runs to rally for the victory.

With two outs and the bases loaded, Drew Billings walked to score Scotty Smith for the tying run. Jacob Gravett was then hit by a pitch to force home Carter Heath to give the Wildcats the lead.

Trent Porter retired the first two batters in the top of the seventh. However, an error and a single put the tying and go-ahead runs on base for Sprayberry (0-2). Porter, though, buckled down, striking out the final batter on three straight pitches.

It was the 15th strikeout of the game by Woodland pitchers. Smith punched out six in three innings to open the game. Heath had four strikeouts over his two frames, although he did allow the only run Sprayberry scored. Trevor Collum struck out the side in the top of the sixth inning, paving the way for the Wildcats to rally in the home half.

Smith paced the offense, finishing 1-for-2 with a walk; Peyton Posey had a hit and a hit-by-pitch; and Fisher Davis had a hit in his lone turn at bat.