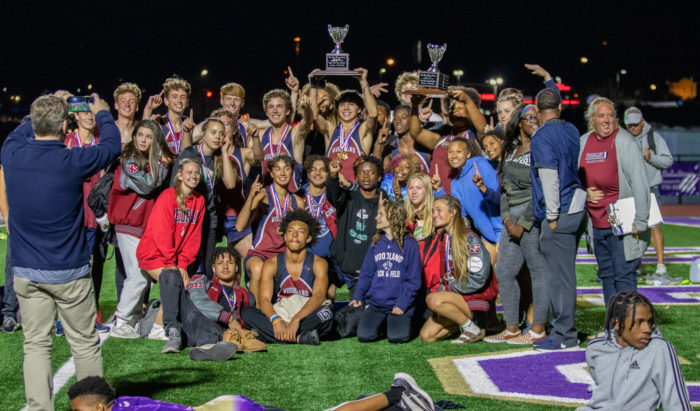 TAFF REPORT
The boys and girls standings looked the same at the end of the Bartow County track and field championship March 31 at Weinman Stadium.

The Wildcats racked up eight victories in boys events and claimed seven girls titles, outpacing the Canes by 62 and 46 points, respectively.

As is typical, Woodland shined in the distance events, sweeping the top-two spots in both 3200-meter races. Rylee Evans won the girls event, with Olivia Berry finishing second. On the other side, Tyler Jones edged McKinley Chappell.

In the 1600, Evans and Berry were followed by Emma Segars, while Jones and Chappell again went 1-2 in the boys race. John Forsyth and Drew Thayer earned the top finishes in the boys 800. Noah Baer and Logan Bennett edged out Cartersville’s Kemarie Mitchell in the 400.

The Wildcats had the only three entrants in the girls triple jump, with Jakya Garnigan narrowly edging teammates Alana Carnes and Abigail Carlsen. Similarly, Gillian Bergman was the lone competitor in the pole vault.

While the Cass girls didn’t have the depth to compete for the team championship, the Colonels showed off their top-end talent with six victories.

Kaitlyn Godwin and Raziyah Ware combined for five of the wins. The former captured titles in all three sprints, while the latter claimed first in both throwing events. Jamara Hall wound up victorious in the long jump and placed second to Godwin in the 100.

Tre Mitchell put together a strong all-around performance to lead Adairsville. The senior placed first in the 100- and 200-meter dashes, while finishing runner-up in the high jump.

Kayli Hilburn managed the lone girls victory for Adairsville, as the senior beat out Bassler and Moffitt to win the 300 hurdles.