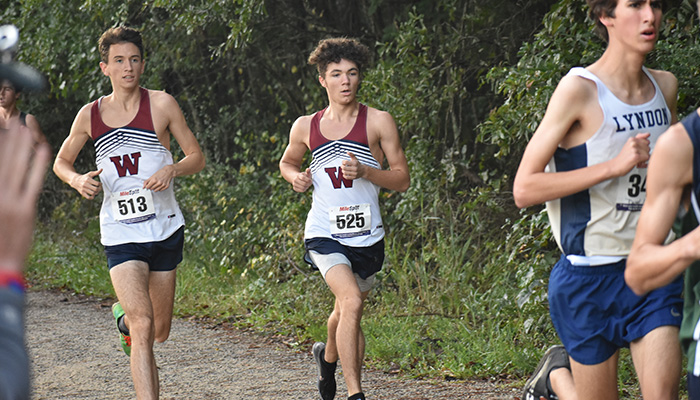 STAFF REPORT
The Woodland boys and girls cross country teams each placed first among the Bartow County programs and second overall in the Wire2Wire Invitational Saturday at Dellinger Park.

While both sets of Wildcats finished runner-up to Cambridge, they managed to outpace Cartersville, which came in third on the girls side and fourth on the boys.

Cass placed ninth in boys, while Adairsville came in 10th out of 11 teams. The two schools combined to enter just one girl — the Tigers’ Callie Viktora, who finished 26 of 46 competitors — in the varsity event.

The Canes had a group of five competitors finish between 16th and 21st. Kaylana Pennington-Brooke led the quintet, with Elizabeth Nelson (18th), Meredith Gaines (19th), Trinity Atkins (20th) and Samantha Herrera (21st) finishing within 15 seconds of each other.

Tyler Jones led the local boys participants, as the Woodland junior came in third with a time of 16 minutes, 57.7 seconds. Wildcats seniors McKinley Chappell (6th) and John Forsyth (10th) both joined Jones in the top 10.