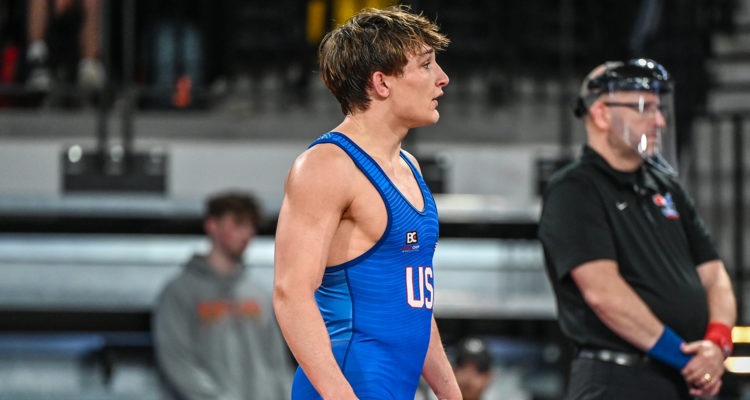 STAFF REPORT
Over the years, the Woodland wrestling program has consistently cranked out state champions. But the program had yet to produce a national tournament winner.

Rising senior Caleb Henson helped stake his claim as the best pound-for-pound wrestler to ever suit up for the Wildcats, earning a thrilling victory in the finals of the USA Wrestling junior national championship earlier this week in Fargo, North Dakota.

In three seasons at Woodland, Henson has lost just once — in the state finals his freshman season. The Virginia Tech commit has helped the Wildcats to six total state championships (three duals and three traditional) to go along with his back-to-back individual titles.

According to SoutheastWrestling.com, Henson became the first Georgia-based wrestler to claim a national champion at the tournament since 1999 when he took the 152-pound final against Danny Wask of New Jersey. Henson and Wask finished in a 9-9 tie, but Henson recorded more 2-point takedowns, per Southeast Wrestling, to pick up the win on criteria.

Another local earned all-American status at the event, as Cass’ Cole Hunt placed sixth at 113 pounds. Hunt, who is committed to North Carolina, is a rising senior and the defending Class 5A state champion in the 120-pound division.