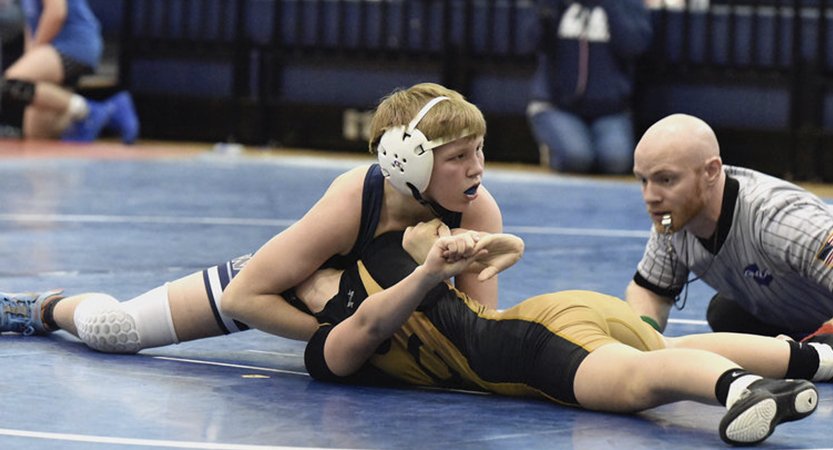 STAFF REPORT
The Woodland wrestling program is hurtling towards a fourth consecutive state championship, and there doesn’t seem to be anything capable of slowing down the Wildcats.

Saturday, Woodland dominated the Region 7-AAAAA traditional tournament, piling up 270.5 points to outdistance second-place and host Cass by nearly 125 points. Even more impressively, the Wildcats managed to have all 14 of their grapplers finish third or higher, easily qualifying each of them for next week’s sectionals.

The Colonels, meanwhile, will send nine wrestlers, including four individual champions, to sectionals at Alexander, where Woodland and Cass will look to qualify as many athletes as possible for the state traditional.

Between the four schools, 47 wrestlers punched their ticket to the next round of qualifying for state. That number is actually up from 45 last year, when Woodland actually sent only a dozen of its athletes to sectionals.

As impressive as the Wildcats have been over the past two seasons in winning a pair of duals championships and last year’s traditional title, the program has maybe never been as good as it is right now.

Saturday showcased that once again with six champions, six runners-up and two third-place finishers. No other team had more than seven individuals place in the top-three.

Aside from the trio of freshmen, sophomore Bryce Kresho gave Cass its fourth champion of the day at 120 pounds. The Colonels also had three individuals finish second in Tyler McKnight (126), Cam Hill (160) and Reed Davis (182). Cass didn’t have anybody place third but did have a pair — Adan Urizar (145) and Noah Hoffmeier (220) — wind up fourth, which still secured qualification.