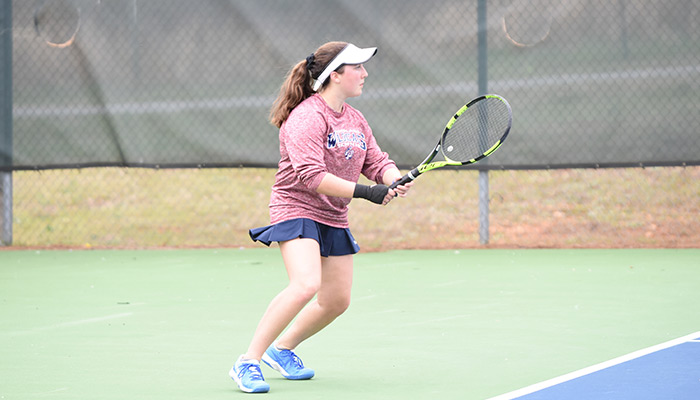 In boys action, the Wildcats claimed the singles lines, and the Tigers won the doubles matches. Given that there are three singles matches and two doubles matches, that breakdown worked fine for Woodland.

As for the Woodland girls, they rode the play of Line 1 doubles tandem Monterya Morrow and Abigail Spaulding, along with the success of former Line 1 doubles teammates Eryn Gentry and Emma Savage.