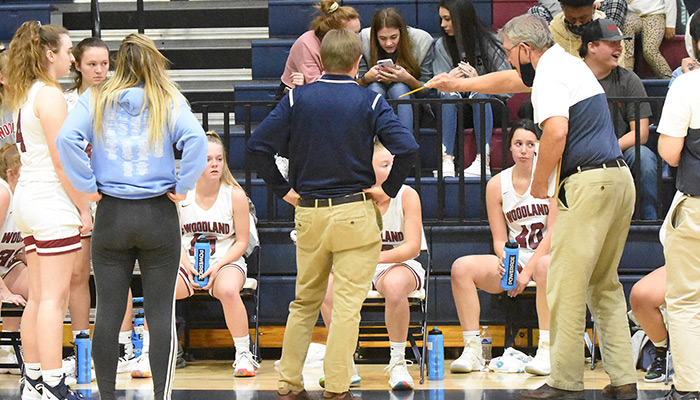 STAFF REPORT
The Woodland boys had four players reach double-figures but couldn’t slow down Rome’s offensive attack in an 86-58 loss in the first round of a holiday tournament Wednesday at Armuchee.

Facing off in the annual tournament typically hosted by colleges in Rome, the Wildcats (2-4) were led by K.J. Rogers, who finished with 16 points. Kyler Williams and Jordan Barker each posted a dozen points. Diaz Garrett managed 10 points.

Six points from Rogers in the first quarter helped Woodland stay within 17-13 entering the second period. The Wildcats increased their total in the stanza, scoring 14 points in the period — half of which came from Garrett.

However, Rome doubled up Woodland in the period to take a 45-27 lead into halftime. Barker knocked down a trio of 3-pointers in the third quarter, as the Wildcats held a slim 17-16 scoring edge. The Wolves, though, pulled away in the final period.

Woodland will face Coosa in a consolation game at 5:30 p.m. Thursday.

Woodland’s girls basketball team held the eighth-ranked team in Class 2A to just three points in the opening period of a tournament game Wednesday at Armuchee.

Unfortunately for the Wildcats, they still trailed 3-0 entering the second quarter. From there, Chattooga managed to get its offense going en route to a 49-9 victory in the Rome holiday tournament.

Woodland trailed 22-2 at halftime and 33-9 after three periods.

Due to a lower number of teams in the girls bracket due to COVID-19 dropouts, the Wildcats (1-6) will be off until after Christmas.