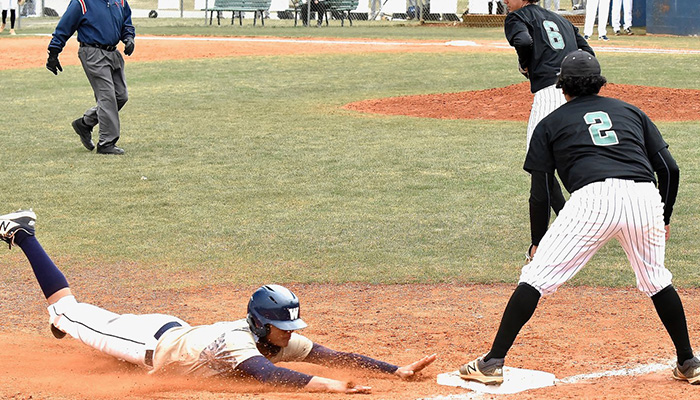 Woodland had the possible tying and winning runs on base in the bottom of the seventh but fell to Kennesaw Mountain by a 3-2 final in a non-region game Saturday at home.

The Wildcats (4-6) were outhit 7-3. However, a hit batsman and a bunt single placed two runners on base to begin the seventh. The Mustangs escaped the jam with a strikeout, a key pickoff of a pinch runner at second base and a flyout.

In the bottom of the third, Peyton Posey doubled, moved to third on a groundout and scored on a sacrifice fly by Ayden Ray to open the scoring.

Kennesaw Mountain used four singles in the fourth inning to take a 3-1 lead.

Ray led off the sixth with a single. His courtesy runner, Julian Wright moved to third base on an error before scoring on a single by Jacob Gravett. A double play, though, ended the threat.

Ray pitched the first six innings. The freshman gave up six hits and two walks, while striking out four. Wright struck out one and faced the minimum in the seventh inning.