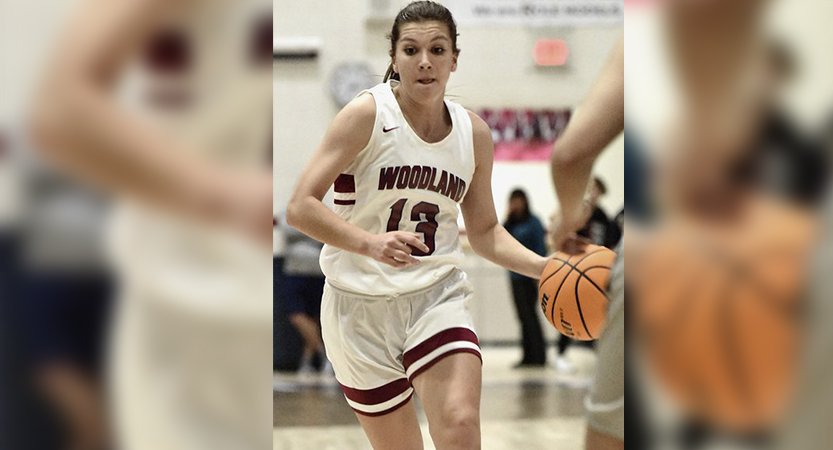 If the Woodland-East Paulding girls basketball game from Tuesday night was played again with every single shot recreated, there’s a chance the two teams would combine for at least 120 points.

At the very least, the Wildcats would be expected to greatly improve upon the 40 points they mustered in a five-point loss in the team’s home debut.

“We missed a bunch of shots … throughout the whole game,” Woodland head coach Kyle Morgan said. “… We were having good looks by our good shooters, and tonight, it wasn’t going in for whatever reason.

“There at the end, we did make a shot or two, which allowed us to extend some pressure. We didn’t make enough and definitely left a lot of points at the free throw line. They made a couple more plays than we did.”

Woodland (3-13, 1-7 Region 7-AAAAA) had plenty of open looks from all the places coaches want them. The Wildcats, though, could seem to convert layups, foul shots or 3-pointers with any sort of regularity.

To be fair, the Raiders (4-13, 3-6) weren’t exactly shooting the lights out either. East Paulding struggled, in particular, from the charity stripe, making just 7 of 16 attempts in the first half. That allowed Woodland to hang around, trailing 9-5 after one quarter and 17-10 at halftime.

Perhaps, the Wildcats were still getting used to the aesthetics of their new gym floor, as the team shot like it was on the road. But Morgan was definitely happy to finally have regained access to his home court.

“That was very nice,” he said. “It was good for the kids, good for their parents. They’ve handled a lot of adversity. Not having a gym for six weeks in the middle of basketball season makes it tough. … While it was a bit of an inconvenience, it is a pretty nice space now.

The Wildcats finally started to see the ball go through the basket in the third quarter, but then again, so did the Raiders. Jordan Thompson had 11 of her game-high 13 points in the period for Woodland. Thompson might have 30 points in a replay of the game, as she saw several quality looks from beyond the arc rim out.

Over the final eight minutes, the Wildcats did their best to climb out of a 37-25 hole. Midway through the stanza, the Raiders lead had been cut to single-digits. With 30 seconds to go, Woodland was within five, only to run out of time.

While Morgan will certainly lament some missed opportunities, there’s no denying the stark contrast between Tuesday’s performance and a 62-31 loss at East Paulding back on Dec. 3.

“We did a little bit better job of taking care of the boards,” Morgan said in comparing the two meetings. “They still hurt us on the offensive boards. We did a better job of limiting their ability to get easy buckets on live-ball turnovers. We still gave up too many of those.

“Overall, we still played with a competitive spirit. We’ve lost several games this year, and I don’t think any have been from a lack of effort. Tonight, we just really struggled to score the basketball. A lot of that credit goes to them, because they’re pretty physical, pretty athletic. Unfortunately, we just didn’t score enough to win.”