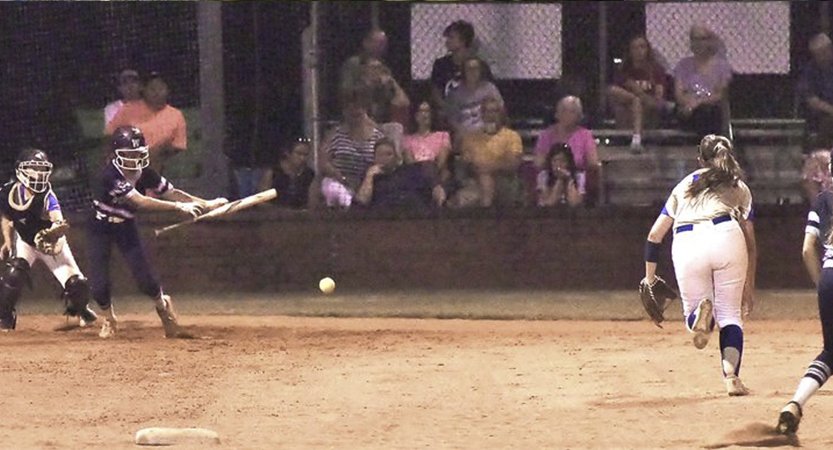 No matter what happens this coming week, the Woodland softball team will not host in the first round of the Class 5A state playoffs. But the Wildcats will certainly be feeling pretty good about themselves, as they enter the Region 7-AAAAA tournament off a seventh straight win.

That most recent victory might not be the most important one Woodland had this season, considering it came in non-region action. However, it was undoubtedly the most impressive.

The Trojans aren’t quite at the level they were last year, when they defeated the Wildcats by a 13-1 margin and finished as a top-10 team in the country. Even after losing the defending 7A pitcher of the year Blake Neleman to Georgia Tech, Lassiter returns catcher Logan Champion and first baseman Sydney Carter — both second-team all-state selections in 2018.

“They have a lot of good kids,” Woodland head coach Colman Roberts said of Lassiter. “Their catcher is going to Georgia; their first baseman is going to Mississippi State. They’re younger than they usually are, but they’re ranked 10th in 7A. …

“We’ve never beaten them before, and we play them a lot. That was big. It was a great game.”

The Wildcats (16-10) took the lead in the top of the third inning Friday. Hannah Miller reached on an error and stole second base. The steal proved to be a huge play with Bella Carnes slapping an RBI single to right field.

A Woodland error allowed Lassiter to tie the game in the fourth before the Wildcats went ahead for good in the sixth. With one out, a walk to Morgan Bailey and singles by Ansley Evans and Morgan Cooper loaded the bases. An infield single by Allyssa Motes drove in the go-ahead run.

Lassiter, which had just four hits, wasted a one-out double in the sixth inning. But the Trojans had an even better chance to tie the game (or possibly win it) in the seventh. Back-to-back walks — the only free passes Lainey Baker issued all game — loaded the bases with two outs in the frame.

Baker, who had eight strikeouts, coaxed a popup to end a game in which eight different Wildcats had one hit each.

“We were excited,” Roberts said of the win. “I’m proud of the kids. We didn’t jump up and down like we’d won the World Series. We acted like we’ve been there before. … But beating them should give us confidence.”

Woodland will seemingly take all the confidence in the world into the region tournament. The Wildcats will host the entirety of the tourney, which will be used to determine the Nos. 3 and 4 seeds for the state playoffs.

“It’s going to be a battle,” Roberts said of the tournament. “Everybody comes into the thing 0-0. I’m sure that’s what the other coaches are telling them. Even though we’re at home, that doesn’t matter. We’re still going to have to start off strong and keep the pedal down. We can’t take anybody for granted. There’s a lot of similarities with the teams in the region, and you can get beat at any moment.”

For Woodland, the importance of winning its opener will be paramount. It’s a double-elimination tournament, but it wouldn’t be easy to fight through the loser’s bracket in such a balanced region.

“We don’t want to get in the loser’s bracket, because we’ll have to play a thousand games it seems like,” Roberts said. “… I’m really not concerned about what number [seed] we are. I’m just concerned about getting in to start with.”

After winning the region champions last year, the Wildcats would have been hoping for a chance to repeat this year. But a 12-4 finish in the league put them third behind Carrollton (15-1) and East Paulding (13-3).

It hasn’t been the easiest season for Woodland, but the team has had two seven-game winning streaks. Those were sandwiched around a rough 0-5 week that could have derailed the entire campaign.

However, the Wildcats have bounced back and look primed for another state tournament berth. Roberts, though, wants his players to stay focused entering the most important stretch of the year.

“They’re level headed,” Roberts said of his players. “They knew us going to Chattanooga would be tough. They know when I make the schedule, it’s going to be against good teams. It’s trying to help us prepare for the tournament. …

“Hopefully, we’re going to be pumped up Tuesday. The seniors have always been to the state playoffs. They don’t know how it feels not to go, which is a good thing. I try to tell them, ‘We’ve had some really good teams that ended with a disappointment.’ It can happen.”