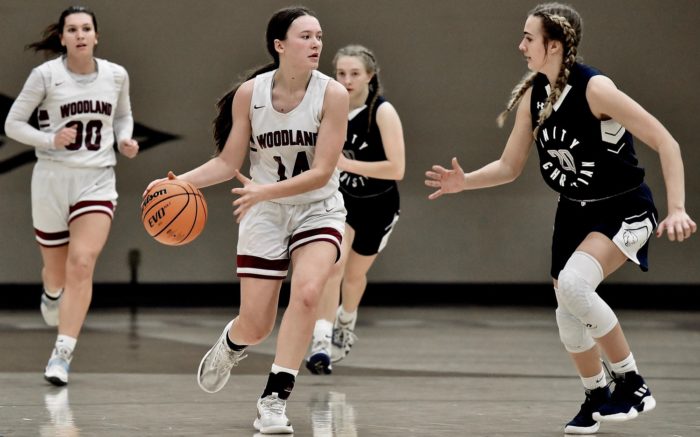 Woodland senior Abigail Taylor looks to get past a Unity Christian defender during a tournament game Thursday at Armuchee. Taylor led the Wildcats with 13 points in a 39-29 win. RANDY PARKER/THE DAILY TRIBUNE NEWS

STAFF REPORT
The Woodland girls basketball team put forth another strong defensive effort and a fourth-quarter rally to pick up its second win of the season Thursday in Armuchee.

Playing in a consolation game of the Rome holiday tournament, the Wildcats held Unity Christian to single-digit points in each quarter of a 39-29 victory.

Trailing 26-22 entering the final stanza, Woodland (2-8) outscored Unity by a 17-3 margin to earn the double-digit win.