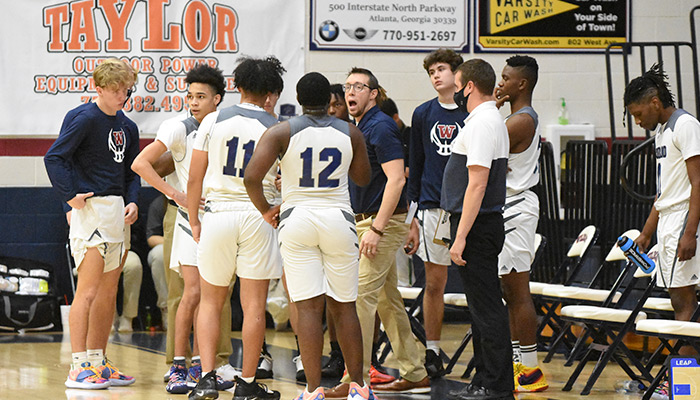 After having four double-digit scorers in an 86-58 loss Wednesday to Rome, the Wildcats again had a quartet of players finish with 10-plus points in an 82-60 defeat Thursday against Coosa.

Playing a consolation game in Armuchee, where the tourney is being held this season, Woodland (2-5) received 14 points from K.J. Rogers in Thursday’s loss. Jordan Barker added a dozen points, while Diaz Garrett and Kyler Williams chipped in with 11 points apiece.

Those four players also reached double-figures Wednesday, when they combined to score 50 of 58 points. This time out, they accounted for 48 of 60 points.

Also in similar fashion to Wednesday’s defeat, the second quarter proved to be decisive against Coosa.

Thanks in part to seven early points from Rogers, the Wildcats were within 17-12 after one quarter versus the Eagles. However, Coosa piled up 35 points in the second period to enter halftime up 51-33.

The Wildcats and Eagles played fairly even over the final two periods, but the 14-point margin in the second quarter proved to be too much to overcome.

Woodland is set to return to action Dec. 29 at Adairsville. The Wildcats will face the host Tigers in the opening round of the AHS Tiger Christmas Clash.