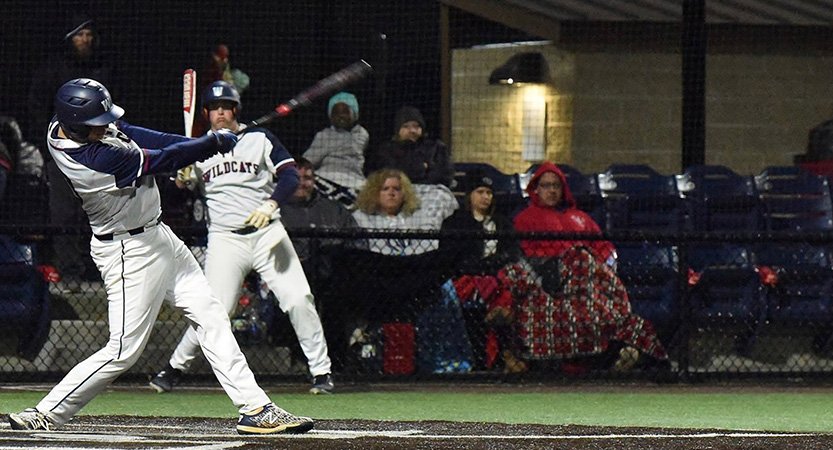 Staff Report
The Woodland baseball team broke a 3-all tie in the sixth inning to earn a non-region road win Saturday over Kennesaw Mountain. A four-run outburst proved to be enough to allow the Wildcats to down one of Class 7A’s top teams by a 7-4 final score.

In the decisive inning, Zach Wilson had a one-out single, but most of the damage came with two outs. Consecutive hit batsman loaded the bases, and a walk to Dallas Adams forced home the go-ahead run. Carter Heath continued his recent hot streak with a clutch two-run double before Adams wrapped up the inning by scoring on a wild pitch.

Down 7-3, Kennesaw Mountain (7-4) got a run back in the home half of the inning. The Mustangs, though, wound up going down in order in the seventh.

Woodland (6-5) struck for two runs in the top of the first. Adams drove home a run on a groundout, and Heath followed with an RBI single.

The Mustangs halved the deficit in the second inning, but the Wildcats got that run back immediately on a Chase Carson run-scoring hit in the third. However, Kennesaw Mountain knotted the score with a two-run fifth inning.

Heath ended up 2-for-4 with three RBIs. Peyton Posey finished 3-for-3 with a hit by pitch and three runs scored, while Scotty Smith went 2-for-3 with a walk.

Woodland will hope to carry some momentum from Saturday’s victory into next week, when the Wildcats face Rome twice and Hiram once.