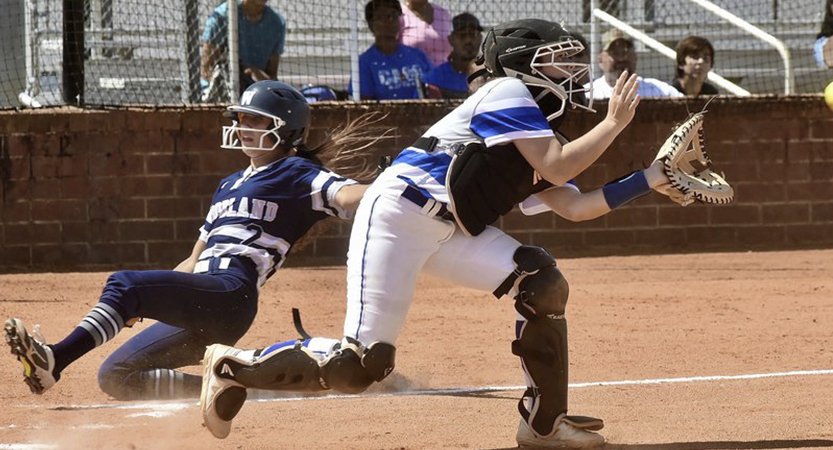 Behind back-to-back home runs and another stellar outing in the circle from Lainey Baker, the Woodland High softball team rolled to its fourth consecutive victory Wednesday at home against Hiram, 4-2.

Baker, who has been accumulating strikeouts at a rate unprecedented in recent Bartow softball memory, had 16 on Wednesday. She now has struck out at least 13 in four of her last six starts.

Baker held Hiram scoreless through five innings, which allowed Woodland to take the lead in the bottom of the fifth. The first run came after Bella Carnes singled and scored on a pair of errors. Then, with two outs in the inning, Morgan Cooper and Kendyl Hardin hit back-to-back solo homers to give the Wildcats a 3-0 lead.

Hiram finally was able to get to Baker in the sixth inning, with two unearned runs after an error prolonged the frame.

Still ahead by a score of 3-2, Woodland added an insurance run in the bottom of the sixth. A two-out triple by Carnes set the stage for a clutch RBI single by Morgan Bailey.

After recording only two hits through the first four innings, the Wildcats added five with three extra-base hits in their final two turns at the plate.

Baker then shut down Hiram in the top of the seventh to finish off the win. Her final stat line read: Seven innings pitched, five hits, two runs, zero earned, with 16 strikeouts.

Leading the way at the plate for Woodland, Carnes went 3-for-3 with two runs scored, a walk and a triple.

Woodland is now 7-5 overall and 6-2 in Region 7-AAAAA, which is good for second in the standings behind only Carrollton.

The Wildcats will have one more region game this week at Paulding County today before the Bartow County Championship tournament this weekend at Adairsville.