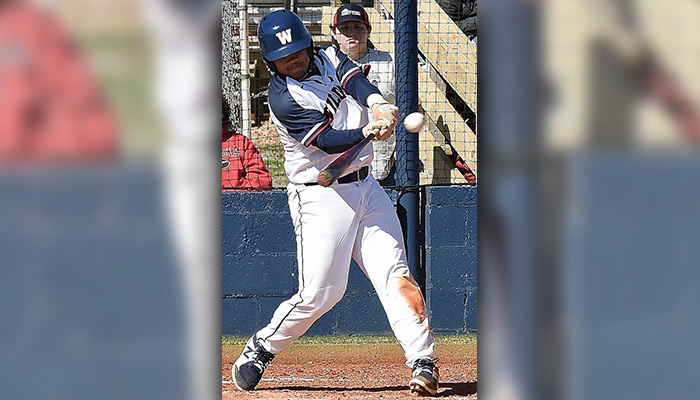 STAFF REPORT
Trevor Montgomery singled home Carter Heath to break a scoreless tie and give Woodland a walk-off win in the bottom of the eighth inning against Model Saturday at home.

After Nate Rosser came on in relief to escape a base-loaded jam in the top of the eighth, Heath got the rally started in the bottom of the extra frame. With one out, he was hit by a pitch and moved to third on a single by Scotty Smith.

Following a successful steal by Smith, Montgomery drove home Heath to earn the Wildcats a 1-0 victory in their home opener.

Woodland had four pitchers combine on the two-hit shutout. While the Wildcats struck out 10 batters, the Blue Devils drew 11 walks.

Model loaded the bases in the first, second, sixth and eighth innings. Each time, Woodland managed to get out of the frame unscathed.

The Wildcats finished with eight hits, with Montgomery recording two of them. It took until its final turn at bat for Woodland to record multiple hits in an inning, and it helped the Wildcats walk off in the opener of a tri-match.

Woodland fell 8-4 to Wheeler in its final game of the day.

Montgomery led his team’s offense again, finishing 3-for-4 with a run scored. Smith and Peyton Posey each added a pair of hits for Woodland (1-2).

After the hosts opened the scoring in the first inning, Wheeler put up five runs in the third inning. Woodland pulled within 5-3 in the fourth before Wheeler tacked on three mores runs in the sixth.

The local Wildcats scored once in the sixth and had the tying run at the plate with two outs, but the visitors from Cobb County managed to get out of the jam.