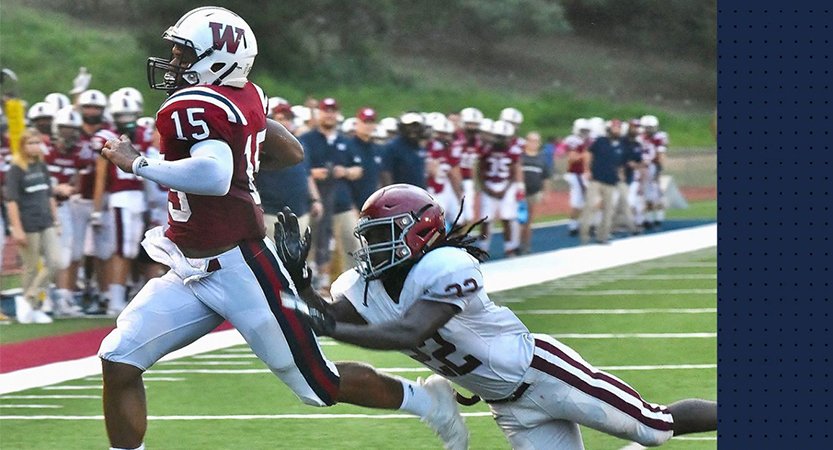 Every year, Woodland head football coach Tony Plott tries to do some special things during the final week of the regular season. “Senior week,” as he calls it, often includes the 12th-graders coaching the returnees in a scrimmage.

Well with only six seniors, so many of the younger players are going to be starting this week against Kell that the coaches scrapped the idea. There’s no need for a Futures Game when the future is now.

Instead, Plott and his staff have more or less gone about preparing for this week’s game in the same manner the Wildcats have used ahead of their previous Region 7-AAAAA contests against Villa Rica and East Paulding.

“It’s been a little different this week,” Plott said, comparing it to previous “senior” weeks. “We always try to let them have some special time each day. We’ve always let them coach what we call the ‘Futures Game.’ We haven’t done that this year.

“We have so many kids coming back, we’ve really worked and kept the idea of this being like a spring practice and trying to get everybody reps. Honestly, we haven’t done a whole lot of different things than we’ve been doing [the past few weeks].”

Whatever Woodland has been doing recently, it’s been working. The Wildcats have put together arguably their best two performances of the season, relative to competition, in each of the past two weeks.

Coming off a bye week, Woodland dropped a 14-8 decision to Villa Rica before falling to East Paulding by a final score of 17-14. For a team that carries a 1-8 record and winless 0-7 mark into the season finale, it’s incredibly impressive for Woodland to have actually led in the second half of each of those games, signifying the team’s attitude and improvement.

However, it also makes it that much more frustrating to come up short.

“You hurt for the kids for that, because you know what type of work they put in. You want something good to happen for them, and when it doesn’t, it hurts.”

In one of the clearest signs of a young team, Plott said he felt like despite playing well in all three phases of the game against the Raiders last week, each one also contributed in a way to the loss.

“We played really well in all three aspects of the game, but I can also look back and say all three aspects might have cost us it also,” he said. “I thought we played well in the kicking game, but the kicking game hurt us. Offensively, I thought we played well, but it ended up hurting us. Defensively, played great at times, but there’s a couple of series where it hurt us also.”

As much as Woodland has been trending upward since the open date, the Wildcats could struggle to continue the momentum this week. Kell enters as the 10th-ranked team in Class 5A. The Longhorns (7-2, 5-2) only defeats have come to sixth-ranked Rome (21-20) and No. 2 Carrollton (34-14).

Kell has some weapons on offense in quarterback Corbin LaFrance and running back David Mbadinga. But the Longhorns defense could cause the Wildcats even more problems, as the team from Marietta has only given up 99 points all season.

“They’re well coached, the team plays hard and they have a lot of team speed,” Plott said. “… Their defensive line is very athletic. You can compare them to the Rome defensive lines of the past. They’re just a good football team. They went toe-to-toe with Rome and Carrollton.”

So while Woodland shouldn’t necessarily enter the game with the same expectations as the team had against Villa Rica and East Paulding, the Wildcats will certainly hope to end the season with a good perfromance. It could give the large number of returnees a little bit more confidence heading into the offseason and send the senior class out on a positive note.

“We want them to compete,” Plott said. “That’s what we expect out of our kids every week. … If we can walk off the field — no matter what the score is — and I feel like our team worked hard and competed for four quarters, then I’ll be pleased with them.”