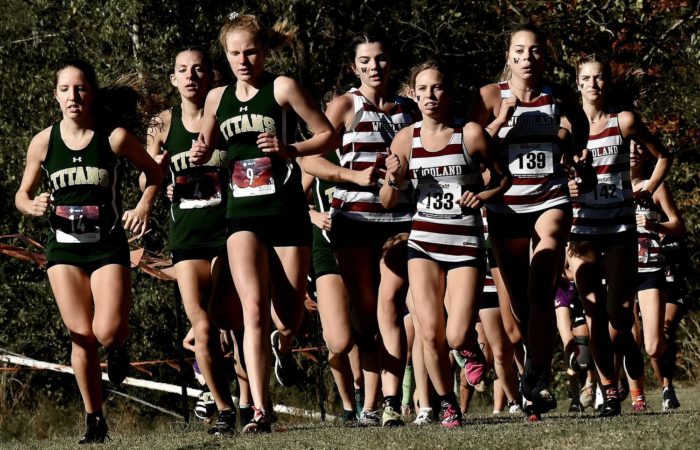 Blessed Trinity, Woodland, Cartersville and Calhoun finished 1-4 in the boys and girls varsity races during the Region 7-5A championship meet Tuesday at Woodland.

The Titans dominated both races, placing six runners inside the top 10 in each event. Meanwhile, the host Wildcats managed to outpace the Canes in both.

Calhoun’s girls team finished a comfortable fourth ahead Hiram, while the boys held off Cass to qualify for state.

Danielle Thayer finished 14th to round out the scoring for the Wildcats, who trailed the Titans by a 22-38 margin.

McKinsey Spinks led Cartersville, which wound up with 77 points, by placing 11th.

On the boys side, Tyler Jones (17:02.60) and McKinley Chappell (17:06.01) paced Woodland, coming in fourth and fifth after a trio of Blessed Trinity competitors.

Paul Hyman edged Barrett Stepp to be the Canes’ fifth scorer and the 22nd overall finisher, as Cartersville wound up nine points (55-64) behind Woodland.

Critton Gearhart (17th) and Jake Wright (19th) both put together strong showings for Cass, which came in 15 points behind Calhoun. Andrew Rampey, Brice Keith and Abiatar Reyes rounded out the Colonels scorers.

The cross country state meet will take place next weekend in Carrollton. The Class 5A boys race is slated to start at 9:30 a.m. Nov. 6, with the girls to follow at 10:15.