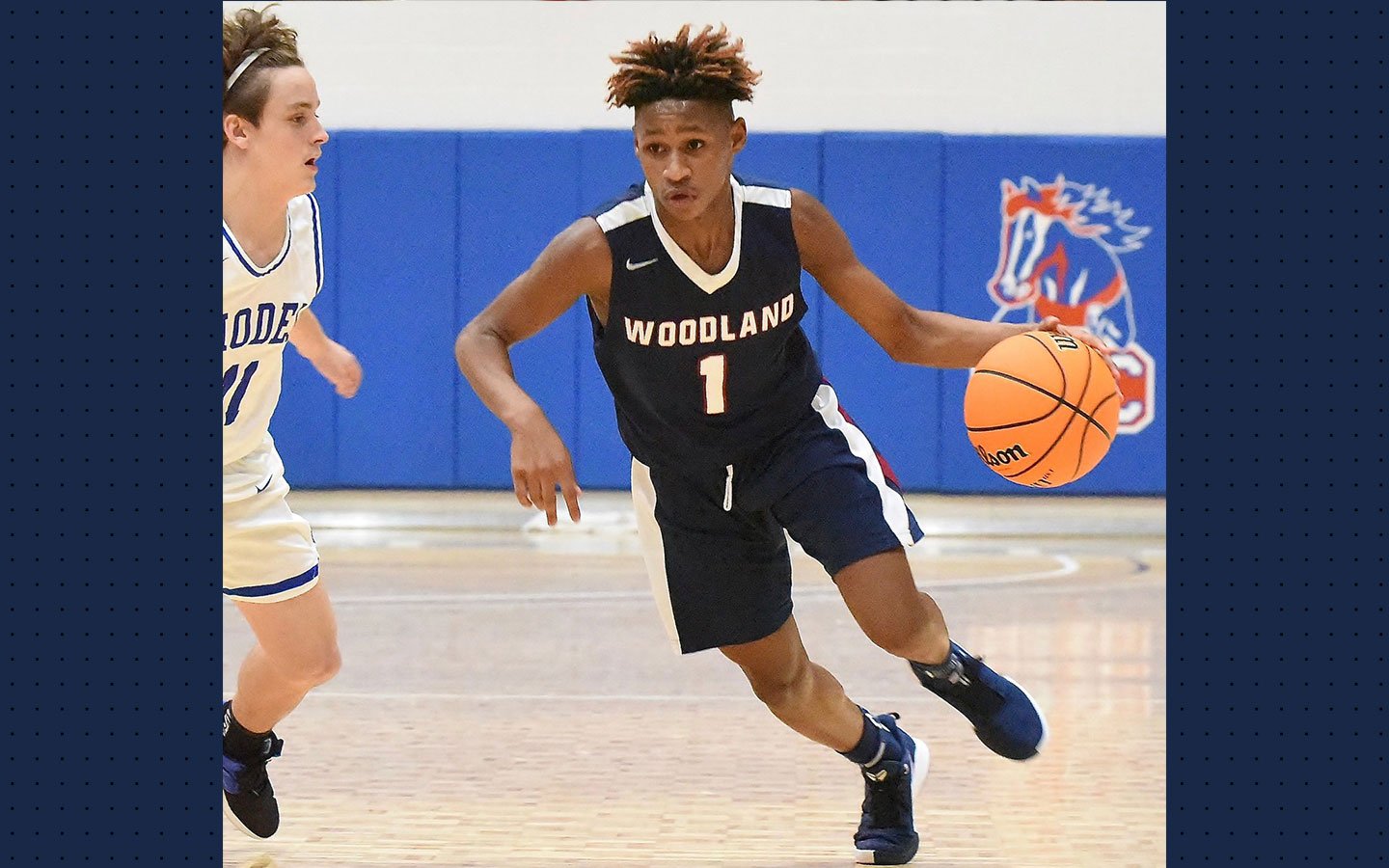 Woodland’s Tyler Thurman pulls up for a 3-point attempt against East Paulding during Tuesday’s home game.

The Woodland boys basketball team entered the week having played 16 games — none of which have come at home. A project to refinish the gym floor took longer than expected, forcing the team to wait until January to play its home opener of the 2019-20 season.

While the Wildcats came out on the wrong end of a 77-67 defeat to East Paulding on the court’s christening Tuesday night, the atmosphere seemed to help Woodland elevate its level of play.

After losing to the Raiders 83-40 just over a month ago in the Wildcats’ Region 7-AAAAA opener, the improvement by Woodland was clear for anybody who traveled to see any of the opening few games of the season.

“That was a game right there,” said Wildcats first-year head coach Jacob Selman. “To get beat by about 40 at their place and to bring it back to within 10, that’s huge for us. … I think it’s going to bode well for us on Friday, when we play Rome.”

It certainly won’t hurt Woodland (2-15, 0-8) to play seven of its final eight games at home. If Tuesday is any indication, there could be a win or two out there for the Wildcats.

“Activity doesn’t mean achievement, so having that right kind of energy is what I’ve been looking for,” Selman said. “We had that tonight, and that’s why the game is what it was.”

K. J. Rogers stepped up in the second quarter, scoring 10 points in the period to lead Woodland’s comeback. The Wildcats looked set to take a narrow lead into halftime until a buzzer-beating 3-pointer by the Raiders gave the visitors a slight 33-31 edge at the interval.

“This is the best pressure we’ve been able to apply defensively,” Selman said. “… They’re finally learning to play at a pace that I want them to play, with their effort, their speed and getting after the offense.”

East Paulding looked set to pull away, thanks to a dominant third quarter. Sean Rutledge had 10 of his 30 points in the period, while Woodland combined to score just nine points.

Despite trailing 56-40 to open the fourth quarter, the Wildcats continued to claw their way back into the game. DiAnthony Heathcock and Rogers attempted to lead the charge. The duo had a combined 23 points in the fourth quarter, and ironically, each ended the night with that exactly number of total points.

Woodland twice managed to trim the deficit to eight points but could get no closer. Ultimately, a 12-for-26 perfromance at the foul line by the Wildcats loomed large.

Even still, there were several key areas in which Woodland showcased its impressive growth. To have a group of players go through some truly humbling losses and not throw in the towel, proves the Wildcats are heading in the right direction.

“One thing I’ve been a stickler about is being positive with them on their improvements, even in practice,” Selman said. “… It’s tough when you lose games by what we’ve lost by and even some of our close ones, it hurts. It hurts your ego; it hurts your pride. What we’ve done to play like this tonight is huge.”