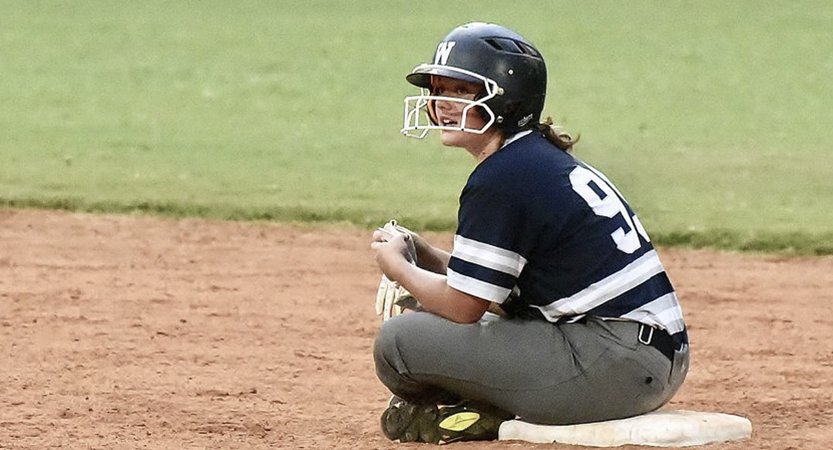 Woodland sophomore Lainey Baker wanted nothing more than to help her senior teammates make history. Her stellar performance in the Wildcats’ most important game of the season ensured they would.With a 4-0 home victory Thursday over Hiram in the Region 7-AAAAA tournament, Woodland locked up a fourth consecutive berth in the Class 5A state playoffs. It allows the Class of 2020 to be the first in program history to reach the state tourney every year.

“It’s unbelievable,” Wildcats head coach Colman Roberts said of the achievement. “No team in school history has ever been four years in a row. I’m very proud of them. We knew it was going to be tough. We battled for the runs we got, but we did it.”It seemingly didn’t matter how many runs Woodland (18-10) scored or the manner in which they did it, because it seemed like Hiram (7-16) could have faced Baker for 20 innings and never dented the scoreboard. She punched out 16 batters, while allowing just three baserunners (two hits and one walk) with no more than one player reaching base in a given inning.“I knew if we won, we would get to go to state,” Baker said of her motivation. “I really didn’t want to let my team down.”The motivation seemed to provide some extra juice to Baker’s pitches, especially in the opening few innings. A right-hander who tends to get stronger as the game goes on, Baker struck out eight of the first nine batters she faced.The only blemishes against her were a long single off the fence by Alabama commit K.J. Haney in the fourth, a bunt single leading off the fifth and a walk to Haney in the seventh.

None of the runners ever reached second base, although Haney came close to circling the bases, as her 200-foot single just missed leaving the yard.“I thought about putting her on, because she’s that type of a hitter,” Roberts said of Haney. “The kids wanted to pitch to her, so we did and got away with it.”The Wildcats only have five members in their senior class, and Bella Carnes, who finished 3-for-3, was the only 12th-grader to get a hit in the win. But it was clear, the underclassmen wanted to seize this opportunity to return the seniors to state one final time. A loss wouldn’t have ended their season, but the victory assures the team of at least three more games.With two outs in the fourth inning, Woodland broke the scoreless deadlock with a little help from Hiram. With runners at first and second, a popup into shallow center field couldn’t be corralled by the Hornets second baseman. The dropped flyball allowed Ansley Evans, who singled earlier in the inning, to score.

Hannah Miller followed with a soft flyball to right-center field that found green. Kendyl Hardin, who went 2-for-3, scored easily on the play, and courtesy runner Michiah Hicks raced around from first base for a 3-0 lead, as the center fielder was unable to field the ball cleanly.“It helps so much,” Baker said of pitching with a lead. “It relieves so much pressure when I’m pitching. It makes pitching less stressful and easier to do. You’re just more confident.”Miller came through again in the sixth inning, providing a key insurance run. After Kailey Baker sacrificed two runners over, Miller chopped a grounder to second base to drive home pinch runner Cassie Jones.“That was a big run,” Roberts said. “When [Miller] went up [to the on-deck circle], I told her we were going to bunt them over. We needed something the other way. The second baseman was on the grass. She stayed back. That was a huge run for us.”As it turned out, the Wildcats didn’t need it — or the latter two runs they scored in the fourth inning. That’s how good Baker was.She doesn’t know if Roberts will ask her to pitch Friday night’s game, in which Woodland could earn the region’s No. 3 seed for the state tournament. The matchup will be against the winner of Friday afternoon’s elimination game between Kell and Hiram.

Either the Longhorns or Hornets would need to beat the Wildcats twice to earn the third seed. The “if necessary” game would be noon Saturday at Woodland, which will also host Friday’s games.“[Friday’s] going to be big,” Roberts said. “We definitely don’t want to come here Saturday. The winner is going to have to play before us. It’s going to be big. I’m looking forward to it.”With an ice pack on her shoulder, Baker said she would do whatever her coach needed. She’s just glad she could help her team accomplish one of its primary goals for the season.“I’m so happy,” she said.Her coach is pretty ecstatic, too. Since a rough week with five losses to top-notch teams, Woodland has won nine in a row. The team showed a lot of resiliency to bounce back from such a tough stretch, and now, the Wildcats are primed — with a victory Friday night — to enter the state playoffs on a double-digit win streak.“We haven’t lost since Chattanooga,” Roberts said of a tournament that wrapped up Sept. 14. “We’re on a little run. Not as big as last year, but we’re coming together. We know how to win — that’s the biggest thing.”