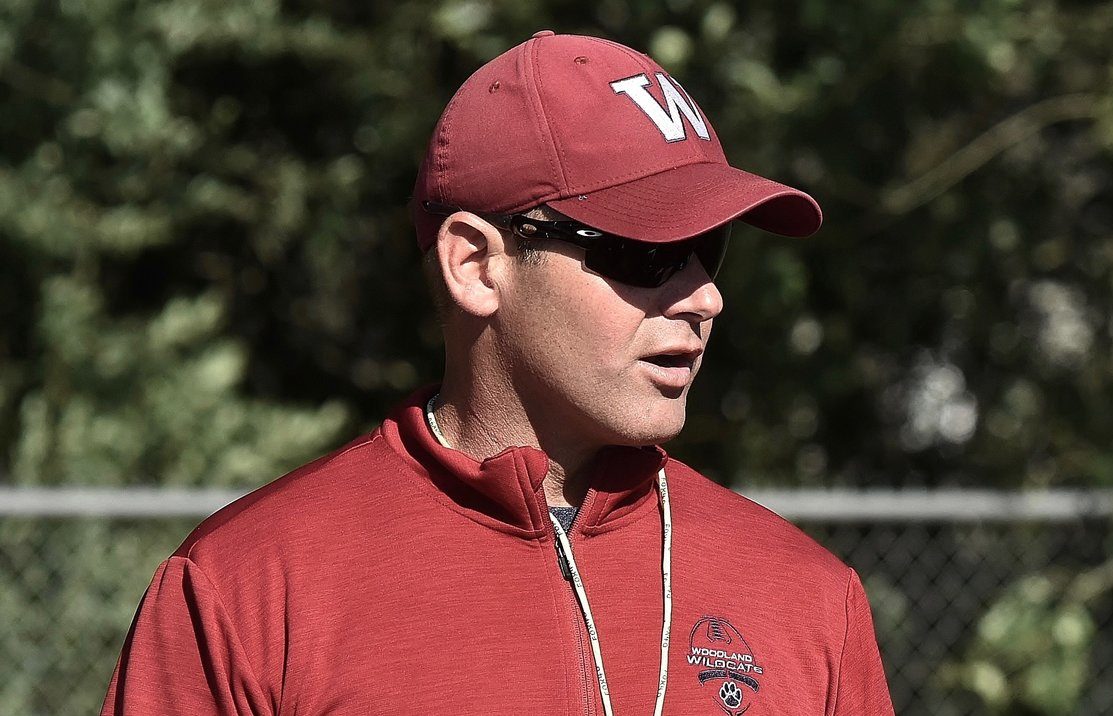 In one day, half of the local head football coaches stepped down, leaving Cartersville third-year HC Conor Foster as Bartow football’s elder statesman. After Adairsville’s Eric Bishop told his players of his impending retirement Thursday morning, Plott announced his resignation at the conclusion of Woodland’s season-ending banquet Thursday evening.

“That was the plan to just do it all at one time,” Plott said Friday of choosing that venue to inform his players. “… A lot of emotions were involved. I still love all of those kids. They are great guys.

“But I’m still here for them. I will still help out in any manner I can.”

According to Wildcats athletic director John Howard, who attended the banquet and had to try to follow Plott’s announcement, the seventh-year head coach’s speech was well received.

“He got a standing ovation immediately after he finished talking,” Howard said Thursday. “… The parents and the players know what kind of person he is, how much he cares, and how he goes to war to fight for them every single day and won’t leave anybody behind.”

Plott, who spent 11 years as a Woodland assistant coach before taking over the program, seemed to have the 2021 season earmarked as his swan song for quite some time.

To him, it lined up perfectly with his son, Jonah, playing out his senior season. He called it a “blessing” to have been able to coach his son for four years.

“Jonah graduating and this being his senior year, that was always sort of a timeframe in my head,” Plott said. “I’ve been here 18 years. I’ve been the head coach for seven, and if I counted right, I’ve worked for four different head coaches also. It was time.

“Right now, I want to focus on my family, being a better husband and father to my kids, and taking care of them for a little while.”

By the time Woodland’s 1-9 season had concluded with a 35-24 loss Oct. 28 at Hiram, Plott had made up his mind that he would be walking away.

“It was a little emotional,” he said in regards to his final game. “I tried to focus on the kids and not making it about me, because it’s never been about me. It’s always been about the kids and the school. I just kept reminding myself that. …

“After the game, I just went into dad mode and was celebrating with my son, finishing up his career.”

Even after informing Howard and WHS principal David Stephenson of his decision a few weeks ago, Plott has continued to and will continue to lead the program through the transition of the to-be-determined new coach.

Even after the hire is made, Plott plans to remain at Woodland in a teaching role for the foreseeable future.

“I’m still doing the day-to-day stuff football-wise until someone else is hired,” Plott said. “I’m just going to help them out and do whatever I can.

“I still love Woodland. It’s home. I’ve been here for 18 years, so it will always be home.”

Despite the second round of the state playoffs just getting underway Friday night, the number of head football coach openings in the state has already reached double-digits, with plenty more certain to become available during the ensuing weeks and months.

Howard welcomes all interested applicants, but he also noted that Woodland will create a search committee tasked with seeking out potential candidates.

“There are a ton of [open] head-coaching jobs, so it’s going to be very competitive,” Howard said. “… Dr. [Phillip] Page and the school board have done some amazing improvements over the last couple of years. From a facilities standpoint and what we have to offer a coach, we feel like we can be very competitive in getting somebody that is qualified to take over the program.”

The new hire will look to turn the Wildcats into contenders — if not in the short term, then at least in the long run. Since its first varsity season in 1998, Woodland has managed just one winning season and one playoff berth, with both coming in 1999.

“Wins and losses on the field don’t always reflect what somebody means to a program,” Howard said. “There are a lot of factors that go into those wins and losses. But as I told our parents [Thursday night] at our banquet, ‘Coach Plott has always done right by our kids.’

“He’s always put them in position to be successful — on the field, off the field and in the classroom. He’s shown them what it’s like to be a good father, a good role model, a good worker and a good boss. He’s shown these kids so many things that they are going to need in life to be better people, and that’s the goal.”

While Plott’s influence on his current group of players likely won’t be fully appreciated for a few years, there are hundreds of former Wildcats that saw the benefits of his leadership as they became adults. Most of whom wouldn’t have experienced Plott’s impact had his original plan come to fruition.

“I never dreamed I would be here that long.”