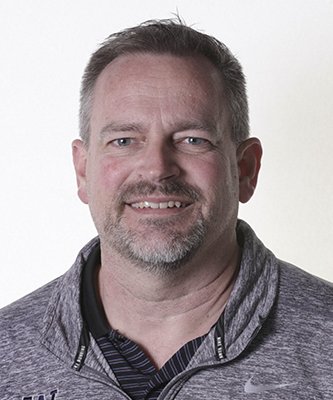 Coach Holloway graduated from North Cobb High School where he competed in cross-country, basketball and track. Then, he completed his bachelor’s in education at Kennesaw State University and received his masters from Marygrove College.

Holloway is entering his 22ndyear as a teaching and track and field coach. He began his teaching and coaching career at McEachern High School in Cobb County. He spent his first five years coaching basketball and track specializing in coaching the girls’ and boys’ teams in sprints, hurdles, jumps and relays.  He was an assistant coach and a major contributor to his teams winning the boys and girls state titles in 1998 and the girls in 1999.  For the past 16 years Coach Holloway has been the Head Girl’s track and field coach here at Woodland High School. He has led his team to a 5thplace state finish and 3 Region Championships. He has established an atmosphere of excellence for the Woodland track team. During his tenure the Girls team has never lost the Bartow County championship. Woodland has had 5 individual State Champions and many more athletes reaching the podium as some of the top athletes in the state.

Coach Holloway has been married to his wife Sunita for over 22 years and they have two children Jonathan(18) and Nina(15).