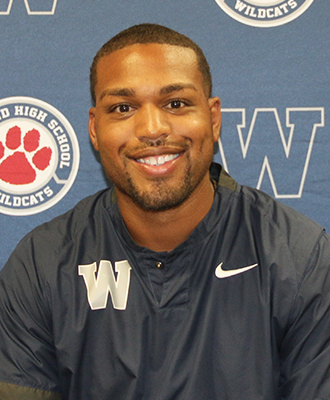 Coach Haywood is entering his first year as the Head Football Coach of the Woodland Wildcats. Coach Haywood is from Rockmart High School where he was a three-sport athlete. He played football, basketball, and ran track for the Yellow Jackets. He received a football scholarship at Carson-Newman University where he was a three-year starter (1 year as a return specialist, 2 years as the starting Quarterback). He was the SAC Co-Conference Offensive Player of the Year in 2012. After receiving his bachelor’s degree in Psychology and his minor in Sociology from Carson-Newman University, he received his education certification through the University of West Florida in Special Education, followed by his M.S in Sports Marketing and Administration from Southern New Hampshire University, and his Ed.S. in Special Education Curriculum & Instruction.

Coach Haywood’s priorities consist of Faith, Family, and Football. He met his wife Whitney at Carson-Newman who was a part of the Women’s Basketball team and a 3-year starter. He has two kids; Ryleigh (8) and Bryson (4) who he admires and maxes out his time with. They are extremely excited to be here and a part of the Wildcat family. Coach Haywood’s plan is to establish men of excellence and high regard and fulfillment of expectations with a Refuse To Lose mentality in every area of their lives.