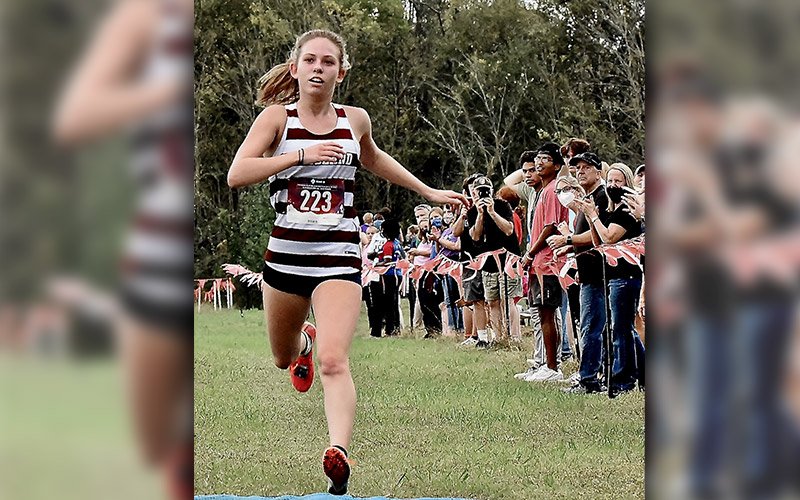 Thanks in part to Evans, Woodland placed second in the girls event. The Wildcats came in third on the boys side. Cartersville also posted top-three team finishes, coming in second in boys and third in girls.

Blessed Trinity won the events, Calhoun placed fourth in each and Hiram came in fifth in both. The Cass boys placed sixth, while the Colonels didn’t send a girls team.

With the top four teams advancing to state, it wasn’t absolutely imperative to peak at the region meet. That can be saved for state — which for Class 5A, takes place Nov. 7 at Carrollton.

Even still, Evans crossed the finish line in 19 minutes, 43.82 seconds — beating her time from the Run at the Rock by one second — with the runner-up from Blessed Trinity completing the race with a time of 21:40.43.

The Titans claimed four of the top six spots. Meanwhile, the Wildcats had the other top-six finish, as Danielle Thayer (22:04.32) came in fourth overall.

Cartersville only managed one top-10 finish in the girls race, but the Canes wound up with four others from 14-19 to easily outpace the Yellow Jackets.

On the boys side, the local teams were shut out of the top five by four Blessed Trinity runners and one from Calhoun.