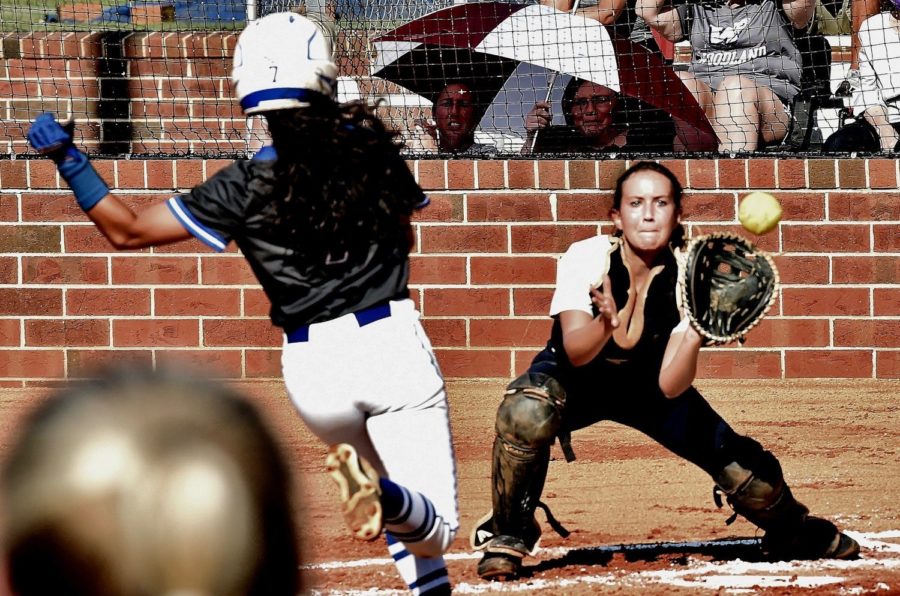 BY NICHOLAS SULLIVAN
There seems to be one absolute truth regarding doubleheader splits: The team that wins Game 2 always goes home happier.

Thus was the case Wednesday night, when Bartow County rivals Woodland and Cass won a game apiece in the Region 7-5A openers for both teams. The host Colonels scored seven unanswered runs to earn a 9-4 victory in Game 1 before the Wildcats roared back to take the nightcap by an 11-6 margin.

“I think we got a few breaks we didn’t the first time,” said Woodland head coach Matt Montgomery, the happier of the two coaches at the end of the night. “I was really proud of them for our mental attitude in that second game. … You have to be careful about playing too emotionally.

“I felt like our first couple of games, we got too caught up in that. I think we did a lot better job that game of staying even-keeled.”

The Game 2 win marked the first victory of the season for the Wildcats, who lost three times and tied one game last weekend in a tournament at Dalton.

Cass played in that same tourney, winning its first three games before a loss to Sonoraville. While a 4-2 record isn’t too concerning, going 1-2 in second games (The Colonels played two games each last Friday and Saturday.) could be a troubling trend.

“I would have liked to have taken that second game there, but I still feel like we’re OK,” Cass head coach Taylor Washington said. “I think we’re in a good spot. That [Woodland] team is a good team. That Sonoraville team we lost to is a really good team.

“I feel like we’re right there. We just have to figure out a way to close.”

The Colonels didn’t have much issue with that in Wednesday’s opener.

After a two-run single by Dylynn Motes in the top of the first, the Colonels scored single runs in each of their first two turns at bat to even the score. Motes answered with a two-run home run in the third inning, but Cass responded with three runs in the fourth and four in the fifth to chase Baker.

“I think we have a really good offensively built team this year,” Washington said. “I think we’re going to score a lot of runs, and I think we’re confident in that. We knew we were down the first couple of innings, but we had the girls who could do what it takes to get us back in it.”

Although it didn’t end up making a difference in Game 1, Woodland sophomore Peyton Dorn tossed 1 1/3 scoreless innings to close it out before going the distance in the nightcap.

She didn’t strike out a single batter in Game 2, but the left-hander managed to induce enough soft contact to overcome allowing nine hits and four walks.

“In my mind, I didn’t really expect her to throw all seven [innings] when she had to throw one or two to end the first one,” Montgomery said of Dorn. “I felt like she got better as she went. … She was rolling, so I let her go.”

The Wildcats backed Dorn with three big innings, scoring four apiece in the third and seventh and adding three key runs in the fourth after the Colonels had trimmed the lead to one.

“Even when they made it 4-3, we didn’t fold the tent,” Montgomery said. “We lost the first game the same way, after we had gotten ahead. In the second game, when they got close, it would have been real easy to get tight and tense and let it snowball.

“I’m real proud they didn’t do that in the second game. That’s a step in the right direction.”

Offensively, Woodland received a huge boost from leadoff hitter Michiah Hicks. The senior, who earned DTN Player of the Year honors in 2020, went 4-for-4 in the opener and followed that up with a 1-for-2 performance, along with three walks, in Game 2.

The left-handed hitting Hicks didn’t drive in any runs, but she did score four times across both games.

“Having her lead off, she’s a spark and always has been,” Montgomery said. “Somebody like that you’d like to be able to drive in runs. But it’s pretty good when she can be the spark, and we have everybody coming up behind her. She did exactly what she’s supposed to do.”

Motes wound up with three hits, two walks and five RBIs on the night. Jordan Hammonds scored four times, while adding a hit, a walk and two RBIs.

In Game 2, Dorn recorded three hits; Cassie Jones racked up two hits, a walk, two runs scored and three RBIs; and Cambrie Carrington went 2-for-3 with a pair of walks and an RBI. Carrington also made the defensive play of the night while at shortstop, making a diving stop and throwing a runner out from her knees.

“When they come to our place in about a month, they gave us a chance to win the series,” Montgomery said of his team’s accomplishment. “That’s all we can ask for.”

As for Cass, Rachael Lee led the way. The senior went the distance in the circle in Game 1, striking out four. She started the second contest and allowed four runs in three innings.

Lee still made a major contribution in Game 2, going 3-for-4 at the plate with three runs scored.

“Rachael Lee is a competitor,” Washington said. “If I would have let her, she would have gone out there and thrown the whole second game. She was asking to come back in [to pitch] at the end. You can’t ask for anything more than that.

“We just have to figure out that second game, figure out how to build up our stamina and make it through 14 innings.”

In the opener, Alexis Woods, Ansley Hight, Haylee Dishmon and Saydee Najarro each contributed two hits. Hight and Najarro drove in three runs apiece, with Hight — last year’s DTN Hitter of the Year — picking up all of hers on a towering homer to left field.

Typically, the Colonels would have been back in action Thursday, similarly to the Wildcats, who are set to play a region road game at Calhoun.

However, poor field conditions caused by heavy rain forced the postponement of Cass’ scheduled trip to Blessed Trinity, depriving Washington of the chance to quickly put the Game 2 defeat behind her.

“I would always rather play,” she said. “I’m bummed the game got pushed back.”

The Cartersville softball team put forth a solid effort in its Region 7-5A opener, but it wasn’t quite enough to knock off defending region champion Calhoun.

The Yellow Jackets used single runs in the fourth and seventh innings to edge the Canes for a 2-0 win Wednesday at the Cartersville Sports Complex.

Cartersville starting pitcher McKinley Chada scattered eight hits and didn’t walk a batter in her six-plus innings. The junior allowed a leadoff homer in the fourth, and she was lifted after giving up a double and an RBI single to open the seventh.

Kiley Arnold entered in relief and retired all three batters she faced, but the Canes couldn’t manage a rally in the home half of the frame.

Overall, Cartersville finished with just three hits — one each by Chada, Erin McCary and Ava Perkins. McCrary and Reese Dumas drew one walk apiece for the Canes, who are slated to play Thursday at Hiram.