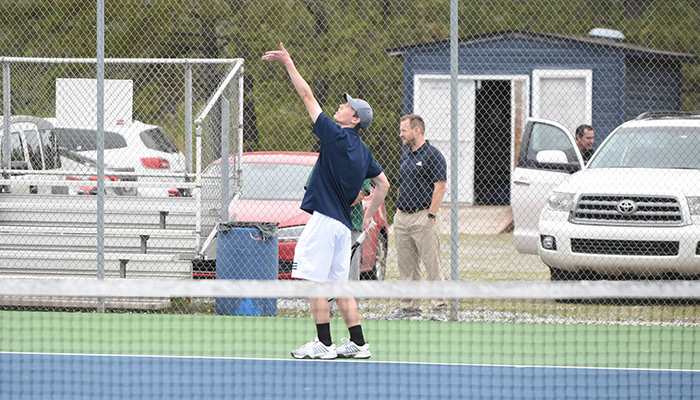 On the boys side, the Wildcats took all three singles matches, while the Colonels won on both doubles lines in a 3-2 result.

Christ Pittard and Dawson Hedden landed a 6-2, 6-3 win on Line 1 doubles. The pairing of Damien West and Bryan Wickenhieser didn’t drop a game in dominating on Line 2 doubles.

Tuesday’s matches closed out the region schedule for both schools. The region tournament is slated to begin April 13 at Dellinger Park.

Cass and Woodland will meet again in the 4-5 matchup in the girls bracket, with the winner punching its ticket to the state playoffs. In the opening round on the boys side, the fifth-seeded Wildcats will face Hiram, and the No. 6 seed Colonels will meet Calhoun.