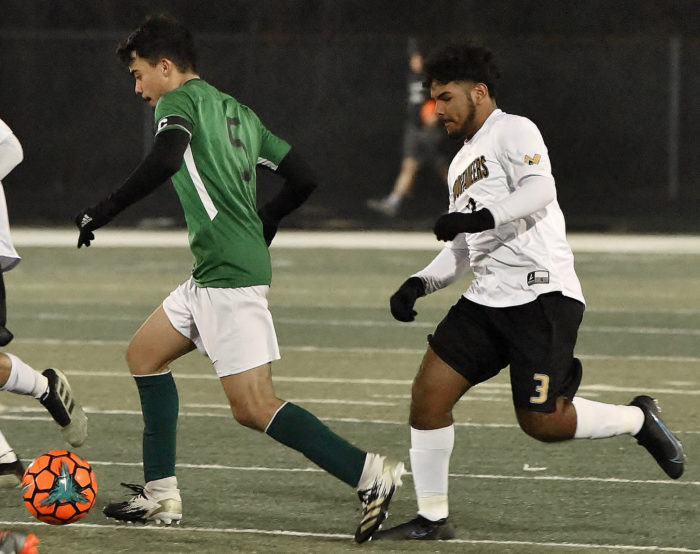 STAFF REPORT
A solitary goal from Dayanara Pineda backed up a strong defensive showing, as the Cass girls landed a 1-0 victory over Murray County March 1 at Doug Cochran Stadium.

Pineda’s first-half strike proved to be enough to send the Colonels (2-6-1) to their second victory of the season — the other also being a 1-0 win against Cedartown last month.

Meanwhile, the Cass boys drew 1-1 with Murray County. No stats were reported for the Colonels (5-3-1).

Both Cass teams will host Cartersville March 4 in Region 7-5A play.

The Adairsville girls dropped a Region 6-3A heartbreaker to North Murray in overtime March 1 at Tiger Stadium.

While Adairsville scored three minutes before halftime, North Murray answered two minutes after the break. The Mountaineers then took the lead three minutes into the first period of overtime and held off the Tigers the rest of the way for a 2-1 victory.

The Woodland boys built a 3-0 halftime lead en route to a 7-4 victory over Heritage, Catoosa March 1 at Wildcat Stadium.

No further stats were available for Woodland (4-3-3).

The Wildcats fell in the girls match by a 6-0 final.