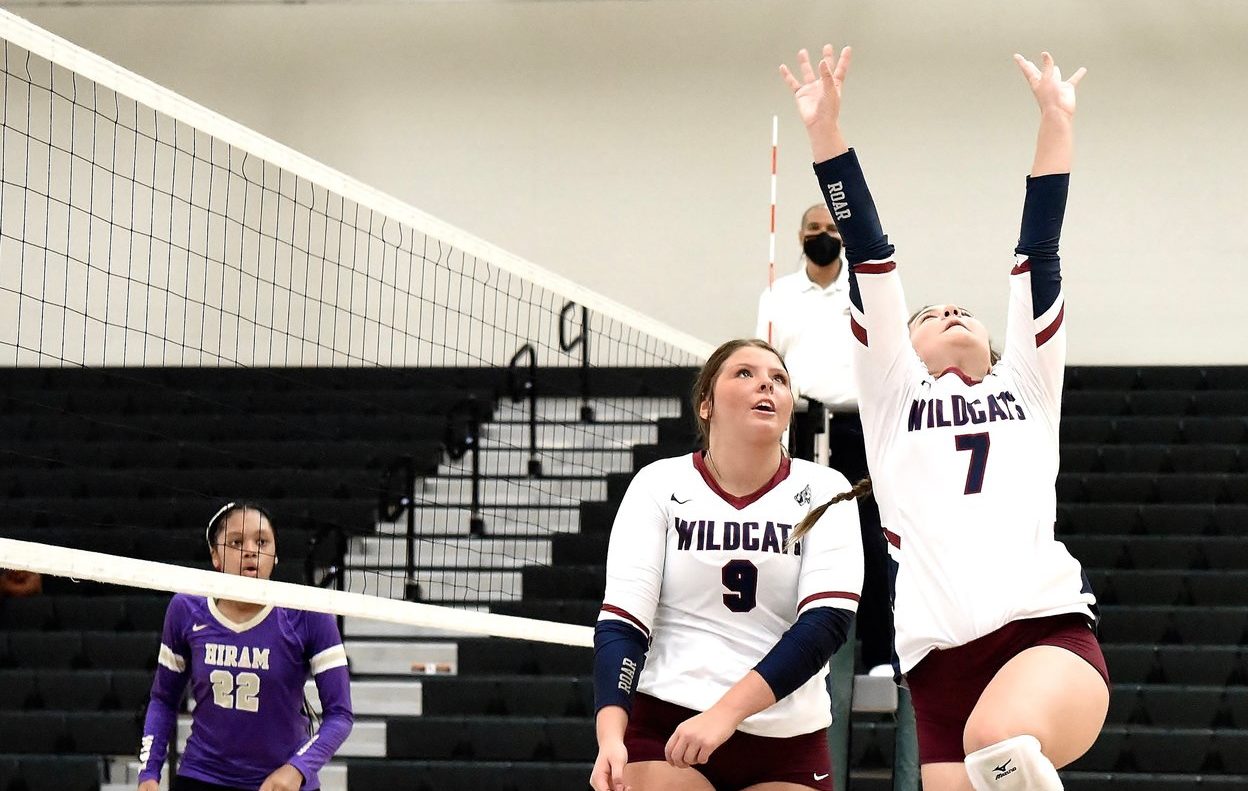 STAFF REPORT
While the Cartersville volleyball team did see its 12-match winning streak end Saturday, the Canes still managed to secure a runner-up finish in the Region 7-5A tournament.

No. 3 seed Cartersville fell twice against top-seeded Blessed Trinity, which hosted all of Saturday’s matches, but swept Calhoun in between to land the region’s second seed.

The Canes, who won a pair of matches Thursday evening in the opening rounds of the region tourney, fell in the winners bracket final to the Titans, 25-13, 25-9.

Ailee England led Cartersville with four kills in the match.

The Canes bounced back with a 25-12, 25-16 triumph against the No. 2 seed Yellow Jackets. Cartersville previously defeated Calhoun in the semifinals Thursday in Gordon County.

The Canes will host Region 5-5A No. 3 seed Northview (17-23) in the first round of the Class 5A state playoffs Tuesday at The Storm Center.

Woodland (9-32) will head to St. Pius X (47-1) — the top-ranked team in the state across all classifications, per MaxPreps — in the first round of the state tournament.