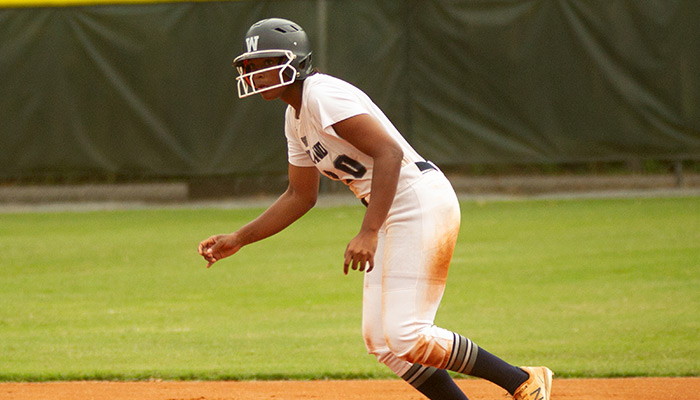 STAFF REPORT
2020 proved to be a historic season for a couple of Bartow County softball programs.

Woodland reached the Elite Eight for just the second time in program history, sweeping home series against Lithia Springs and Greenbrier. The Wildcats (25-11) then took eventual Class 5A state champion Jones County to a winner-take-all Game 3 before being eliminated. Longtime Woodland head coach Colman Roberts announced his retirement from coaching after the season-ending loss.

Meanwhile, Cass qualified for the state playoffs for the first time since 2009. The Colonels rode an impressive offense to the No. 3 seed in Region 7-AAAAA. With a bulk of its key players returning in 2021, Cass (17-14) will look to advance past the first round and make a deep run.

Adairsville narrowly missed out on reaching state, dropping a best-of-three set to eventual Class 3A runner-up Rockmart in a Region 6-AAA playoff series. The Tigers (14-12) will have to reload next season in an extremely tough region that produced the classification’s runner-up and champion (Ringgold).

Feeling the impact of a young team, Cartersville struggled to hit its stride this season. The Canes put together some impressive individual games but couldn’t quite string enough wins together to qualify for state. A large percentage of the team could return next fall in hopes of returning to the postseason.

Hicks burst onto the scene in 2020 and became one of the county’s top players seemingly overnight. Her smooth left-handed hitting approach produced a high average and power, while her plate discipline allowed Hicks to draw a number of walks equal to her strikeouts (10 each). One of just two Wildcats to play all 36 games, Hicks raked to a .484 batting average, .523 on-base percentage and .680 slugging percentage. The only all-state player in the county, Hicks finished with eight doubles, two triples and four home runs. The junior outfielder scored 40 runs and drove in the same number. To top it off, Hicks went 15-for-15 on stolen-base attempts. She’ll be expected to contribute even more in 2021 with the departure of an extremely talented senior class.

The county leader in home runs and OPS, Hight slugged her way to this honor. The sophomore is a strong defensive player, with good range in center field and a rocket for a right arm, but it was her powerful bat that got her here. Hight started off hot, homering in each of Cass’ first three games. Her most impressive display probably came Sept. 19, when she homered twice and drove in seven runs against defending Class 4A champion Heritage. Hight also launched a three-run shot in the Colonels’ final game of the year. Overall, she hit nine homers, drove in 35 runs and scored 34. Her stellar slash line ended up being .391/.452/.815.

This is the second consecutive season that Baker has landed this superlative. In comparison to her sophomore campaign, Baker produced a similar record, improving slightly from 19-7 in 2019 to 20-7 this year. Her ERA increased a bit from 1.59 to 1.94. However, Baker’s WHIP fell from 1.06 to 0.98. Likely due to being a bit more of a known commodity and also a slightly tougher schedule, the junior didn’t strike out as many batters, but the right-hander did improve her walk rate. In total, Baker punched out 237 batters in 170 innings, while giving up 33 walks and hitting seven batters. She also added three home runs and 17 RBIs as a hitter in 2020.

Kailey Baker, Woodland senior — The other Woodland player – along with Hicks – to feature in every game, Baker posted a .989 fielding percentage behind the plate while catching every pitch of the team’s 2020 season. Her ability to catch every frame of a doubleheader (let alone the entire season) will be almost impossible to replace. In her 217 1/3 innings on defense, Baker threw out 10 runners. Offensively, she drove in 27 runs, while slashing .307/.350/.377.

Morgan Cooper, Woodland senior — Cooper suffered a knee injury in the state playoffs, forcing her to miss the remainder of the year and the senior seasons of the other sports she plays (basketball, and track and field). Prior to the injury, the Columbus State signee had been putting together an incredible season. Always a rock defensively – whether in center field or at shortstop – Cooper slashed .387.,438/.710 with five home runs, 35 runs scored and 33 RBIs.

Ansley Evans, Woodland senior — Evans was the third Woodland player – after Hicks and Cooper – to post an OPS above 1.000 this season. The Reinhardt commit produced a .426 batting average to go with a .484 OBP and .548 slugging percentage. As the team’s leadoff hitter, Evans only finished with 14 RBIs, but she scored a ridiculous 50 runs in 34 games. The steady shortstop, who had just four errors, walked 11 times and struck out 10 on the season.

Kendyl Hardin, Cass senior — After transferring from Woodland, Hardin helped lead Cass to the playoffs in her only season with the program. A well-established power hitter, Hardin launched seven home runs for the Colonels. The third baseman drove in 33 runs and crossed the plate 23 times herself. While she boasted a predictably high .663 slugging percentage, Hardin impressed with a .361 batting average and .466 OBP for an overall OPS of 1.129.

Sadye Johnson, Adairsville senior — One of the most feared hitters in the area, Johnson closed out her Adairsville career with another phenomenal all-around season. Her power at the plate kept Johnson from getting many hittable pitches, but she typically capitalized on her chances. Defensively, Johnson began the season as the team’s primary catcher and did well in the role. Later in the season, the North Georgia signee shifted to shortstop and didn’t miss a beat.

Rachael Lee, Cass junior — One of the most consistent players in the county, Lee stepped up in 2020 as the Colonels’ primary starting pitcher. Her main contributions, though, came at the dish, where Lee managed to drive home 34 runs in addition to the 18 she scored herself. Lee seems to always put the ball in play, with only five strikeouts, three walks and two hits by pitch on the season. Overall, the junior finished with a .364 average, .390 OBP and .475 slugging percentage.

Anna Kate McElhaney, Cartersville senior — While her senior season likely didn’t produce the number of wins McElhaney would have wanted, she certainly put together another fantastic offensive season. The outfielder paced the Canes in runs scored (23) and runs drive in (26). The left-handed hitter struck out eight times but walked seven. She doubled eight times, tripled once and homered twice, winding up with a .437/.484/.621 slash line for a 1.105 OPS.

Hannah Miller, Woodland senior — Miller tied Cooper with a team-high five home runs. She saved most of hers for the business end of the season, homering three times (with 10 total RBIs) in the playoffs. The team’s primary third baseman, Miller drove in 28 runs and scored 21 times during her senior season. Despite her home runs, the right-handed hitter only produced three doubles. Even still, Miller wound up with a solid triple-slash line of .309/.381/.500.

Victoria O’Neal, Adairsville senior — O’Neal was arguably the fourth-best player in the county behind the three superlative winners. She produced in the circle and at the plate, leading the Tigers to the cusp of the state tournament. In her career, the Gordon State commit accumulated 300-plus strikeouts. As Adairsville head coach Amanda Nelson put it, O’Neal has “the heart of a champion.” Her leadership will be extremely difficult for the Tigers to replace.

Ava Perkins, Cartersville sophomore — Perkins is a member of Cartersville’s Class of 2023 that is brimming with potential. Most of the younger Canes struggled this season in making the jump to 5A, and Perkins, to be fair, didn’t have the strongest season defensively or in the circle. That being said, she was easily Cartersville’s second-best hitter behind McElhaney. Perkins had seven extra-base hits, 10 runs scored and 16 RBIs. She slashed .372/.424/.538 on the year.

Alexis Woods, Cass sophomore — The 2019 Player of the Year, Woods saw her numbers dip this season from their incredible highs of her freshman campaign. Regardless, Woods showed that the talent on display last season was no fluke, slashing .357/.414/.622. A standout leadoff hitter, she posted nine doubles, seven triples, 34 runs and 21 RBIs. Woods had twice as many walks (9) as strikeouts (4). The speedy middle infielder finished 16-for-17 in steal attempts.