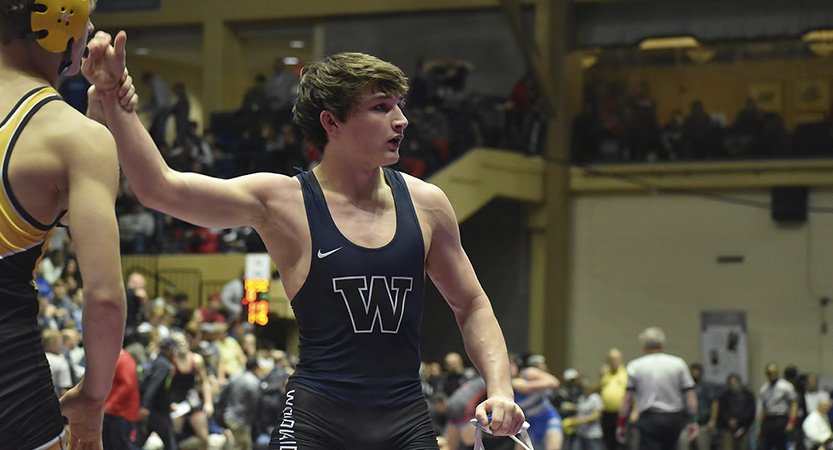 The 2019-20 season will go down as arguably the greatest high school campaign to date for wrestling in Bartow County. That statement might sound hyperbolic or just fueled by recency bias, but the facts are pretty hard to ignore.

All four county teams finished in the top 10 of their respective classifications at the state traditional meet. Three of the four teams qualified for the state duals tournament, with the only absentee missing out by the narrowest of margins. That’s not to mention the unequivocal best team in the state cruising to back-to-back state championships at both events.

In some ways, it’s hard to imagine Woodland — or really any team in Georgia — being better than it was this past season. That being said, Adrian Tramutola’s group could be even tougher next winter with only three key seniors graduating.

Elsewhere, Cass will only improve moving forward, thanks in large part to one of the best freshman classes the county has ever seen; Cartersville continues to reach new heights on the mat; and Adairsville is developing into a perennial top-10 team in Class 3A.

For our purposes, we select just one wrestler at each weight class for the all-county team. Unfortunately, it leads to situations like at 160 pounds, where three locals finished as state runners-up. The only downside to the overwhelming amount of talent on the local scene is that some ridiculously good wrestlers were relegated to honorable-mention status.

Although a few others came close, Henson was the only wrestler in the county to finish the year undefeated, earning six individual titles along the way. Ranked No. 5 in the country, he overcame some tough tests, with three wins over top-15 wrestlers. Henson rallied back from an early deficit to win the state championship in sudden death to avoid a second consecutive runner-up finish. Coupled with his 51-1 record as a freshman, Henson is now 94-1 in his Woodland career.

Tompkins is part of the Colonels’ aforementioned loaded Class of 2023. He won the Region 7-AAAAA championship and finished third at sectionals to qualify for state, where he split his four matches. For the season, Tompkins went 21-8, and based on the talent in the lower weights at Cass, he should only get better in the coming years.

Banda completed an incredible journey that started his freshman season, when he tried wrestling for the first time, with a dominant showing in the Class 3A state final. The victory completed a stellar overall year, as Banda went 54-2, with one of those losses coming as an injury forfeit in the Region 6-AAA duals tournament.

As a freshman, Kresho threatened to win a state title, settling eventually for third place. He would not be denied this time around, easing to victory in the Class 5A first-place match. Kresho (44-3) went unbeaten the whole way through the traditional postseason, winning region and sectional championships prior to the crowing achievement.

For the second straight season, Bishop’s year ended with a loss in the state finals. Regardless, the 2019-20 season proved to be an impressive one, as Bishop finished 37-5 after moving up two weight classes. Bishop also won the region title and placed third in the prestigious Knockout Classic in Florida.

In almost any other season, Adairsville’s James Standridge would have earned the nod here, placing third at state and winning nearly 92 percent of his matches. That just shows how good Jones (23-3) was in his final season with the Wildcats. He finished first at region and sectionals before placing second at state.

McCrary is now three-quarters of the way to joining former teammate Kyle Gollhofer as the second Bartow wrestler to ever win a state title four times. It would be foolish to bet against McCrary, as he has still yet to lose to an in-state foe. After finishing this season at 46-1, the North Carolina commit is 145-1 in his Woodland career.

McKnight’s freshman season ended on a somewhat sour note, as he dropped his final three matches for a sixth-place finish at state. However, McKnight was 43-8 prior to the skid. He lost at state to Woodland’s Larry Collum but finished higher at region, beating Collum in the finals, and sectionals.

It points to the ridiculous depth of the all-Bartow team that two state runners-up — Adairsville’s Dalton Cornett and Cartersville’s Jabril Williams — were relegated to the honorable-mention list. While each of them came up short in the finals, Cochran proved to be the best of the bunch, finishing the year at 46-4 overall.

All one needs to know about Smith’s level of skill is that the 5A 182-pound state champion wrestled up into that weight class to avoid facing the Maryland commit. It was clearly a smart decision, as Smith rolled to a 20-6 major decision in the 170 finals. Over the past two seasons, Smith has racked up 95 wins to just one defeat.

Despite losing the final two matches of his Cass career, Davis proved his toughness in those defeats, competing with a broken hand suffered in the state consolation quarterfinals. Before those losses, he was 33-5 and on course for a possible third-place finish after winding up second at region and third at sectionals.

Williams is the only wrestler on this team to not reach the state tournament after suffering a season-ending injury that forced him to miss sectionals. Had he been completely healthy, Williams, who finished runner-up in the region tourney, would have threatened to improve upon his third-place showing at state last year.

Shedd fell twice in the traditional state tournament, but he still managed a solid fourth-place finish, ending up as a state-placer for the second time in his career. He placed second at both the region and sectional tournaments. After placing third last season at state, Shedd will aim for a spot in the finals his senior year.

Hurst (38-11) pulled off one of the biggest upsets at the state championships, knocking off a No. 1 seed in the first round of the Class 4A tournament. The Region 5-AAAA heavyweight champion advanced to the state semifinals before dropping his final three matches, including a one-point defeat in the fifth-place bout.